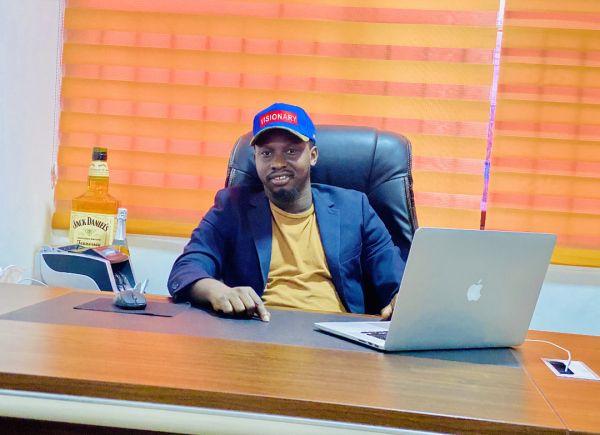 The Founder and Chief Executive Officer of Pan African music channel 'Watsup Tv's ABD Traore, has been nominated for the award for excellence in Media in the Television category at the 3rd edition of the Ghana Industry CEO Awards scheduled to take place in Accra on Friday 27th November 2020.

ABD Traore stated in an interview today that despite not being a major fan of awards, this particular one was dear to him as it highlighted his personal efforts made in the entertainment industry; as well as his business.

After being listed as one of the most influential personalities in Entertainment in Ghana, the Founder and Chief Executive Officer of 'Watsup Tv' ABD Traore, has added another accolade to himself. However, this time, he says it's a little bit different from the usual.

"Normally, we get awards for WatsUp Tv, but this time, even though WatsUp Tv is part of it, the award is focusing on my personal contribution to the business and entertainment media landscape in Ghana. This makes this particular award very dear to me; even though I am a team player", he said.

ABD Traore not too long ago, launched a 24 hour music channel for his hit television show 'WatsUp Tv' in Accra. The 24 hour music channel showcases the best of music videos from Africa and is present in over 20 African countries and also available in French for francophone music lovers. ABD Traore is also the Founder of the Watsup TV Africa Music Video Awards and an advocate for the development of music in Africa.