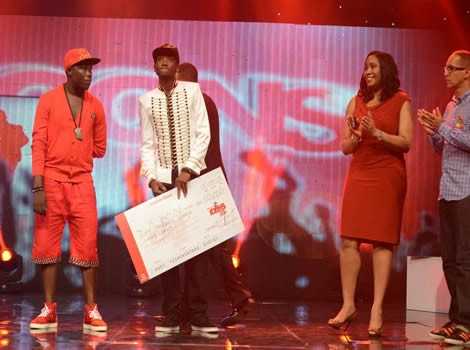 Winner of Vodafone Icons Street Edition, Ryan Korsah has accused organisers of the show of denying him a recording contract due him as part of winning the competition.

Ryan won the third season of Vodafone Icons, dubbed the Street Edition. He beat Kelvin to win the ultimate prize package valued at GHC 250,000. The prize package included a brand new Kia Sportage, Samsung products and a recording contract with one of the world’s biggest record label, Universal Music.

But speaking to KMJ on Daybreak Hitz, Wednesday, the artiste said all prizes had been given him except the recording deal.

“I have the car and the money. It’s left with the record deal which is supposed to push me high. They were supposed to take me to South Africa for Universal to sign me. It didn’t happen,” he noted.

“I’m more concerned about those eager to partake in reality shows. I have seen it all so when I see their zeal in taking part of such contests, I get worried and sad for them," he added.

Asked why he is not taking any legal action against them, Ryan’s answer, was not convincing, abrantepa.com can state.

“Where we come from, they pick us from the streets and whiles you are on the streets, everything can happen to you. You learn from experiences and work harder so you have a story to tell. It’s not like I’m picking up on them but I feel I have to tell people. I still have my core fans asking of me,” he said.

Adding, “I get people to call them all the time just to remind them of the promise but I don’t hear anything from them.”

Ryan indicated that he was given GHC 50,000 cash but he used the amount for a number of things, including paying for the loan his family went in for to help him win the competition.