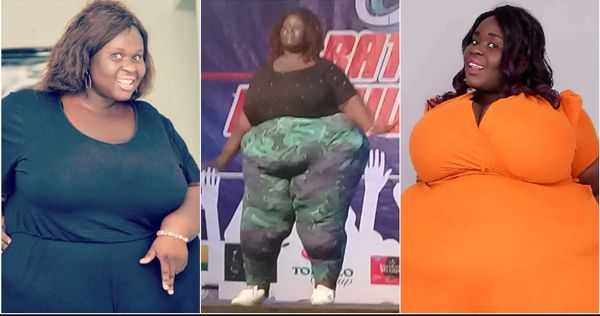 Di Asa is a reality show that engage plus-sized market women across the country who has passion for dancing to exhibit their dancing moves which enable them stay healthy, entertains the public and win awards at the end of the competition.

This year’s season is dubbed, “Staying Safe through Entertainment”.

Speaking at launched the Deputy Managing Director of AMV, Mr Kingsley Nsiah-Poku said the Winner of the Season 4 will take home a saloon car, the first runner-up will get a mini truck and the second runner-up will receive a tricycle popularly known as “Aboboyaa

He added that the contestants will also enjoy goodies from sponsors of the show.

Mr Nsiah- Poku further attributed the delay in the launched of the programme to the outbreak of the coronavirus in Ghana.

He further explained that but for the outbreak of the novel COVID-19, Di Asa season 4 would have been launched in April.

“It must be stated here that, even though restrictions have been eased to some extent, we will observe all safety protocols outlined by the WHO and the government to ensure safety at the various centers,” he said.

Mr Nsiah-Poku added that this time around, the auditions will be held at carefully selected centers to avoid large gatherings.

For his part, the Producer of Di Asa, Mr Afrifa Peasah said this year’s Di Asa will feature 40 contestants across the country.

According to him, the season 4 will bring on board AMV’s  morning show hosts to each of the regions to educate, inform the people and engage all stakeholders during the political season, especially when the AMV has been identified as the ‘Abatuo Fie’( The home of election).

Sponsorship
The Group Financial Controller of the Tobinco Group of Companies, Mr Daniel Gyapanin also encouraged all sponsors to come on board, assuring them of enticing packages.
He also called on all Ghanaians to embrace the show, and continue to watch Atinka TV for more entertainment.

Mrs Elizabeth Sackey who expressed her excitement about Di Asa, pledged her support for the season four, encouraging all to observe the covid-19 safety protocols.

The Market queen who has always been present at Di Asa throughout the years, said all the market women will channel the same energy they gave to all the previous seasons to season four to make it a success.