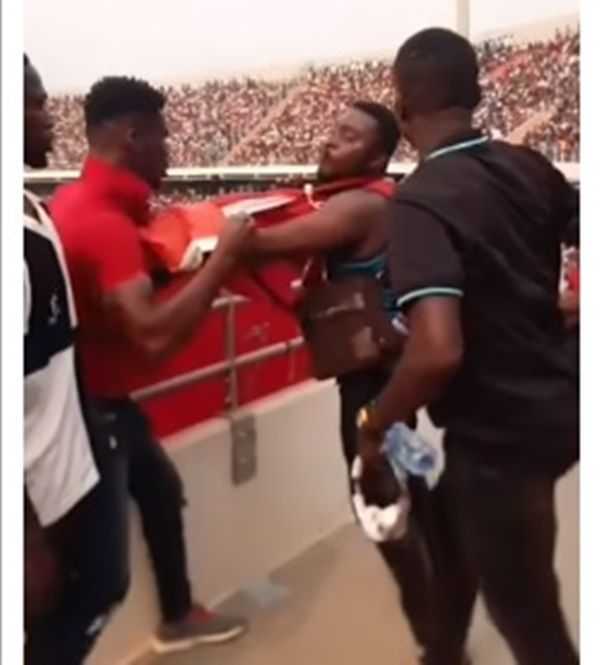 Boxer Patrick Allotey has apologised to Micahel Siaw, the man he beat at the Accra Sports Stadium last Sunday during the match between Accra Hearts of Oak and Kumasi Asante Kotoko.

In an apologetic letter seen by Peacefmonline.com, the boxer says he was very ashamed of his actions as a professional boxer and regrets his actions.

"I therefore take this opportunity to render an unqualified apology to Micahel Siaw. I am mostly the reserved type who will hardly talk in public but this time around I don't know what emotions came upon me. I am truly sorry," the letter stated.

He said himself, his team and some family members have further taken steps to reach out to Michael Siaw and his family and are deliberating on how to remedy the situation.

"I have learned a very important lesson and will thus appeal to all Kotoko and Hearts supporters to be each others keeper," he added.

"My name is Patrick Allotey, the Darling Boy Arrow and I wish to say I am sorry for hitting Micahel Siaw. I am here pleading for everyone's forgiveness."

The Ghana Boxing Authority (GBA) is expected to sanction the WBO Africa Super welterweight champion, Patrick Allotey after he was recorded in a viral video fighting with a fan in the stands of the Accra Sports Stadium.

The video captured during last Sunday's derby between Accra Hearts of Oak and Kumasi Asante Kotoko shows Allotey first tussling with a fan clad in the flag of the Porcupine Warriors.

The boxer then proceeds to punch down the fan (now identified as Mr Michael Siaw Agyemang) who sustained two deep cuts under his left eye which required stitches at the Accra Stadium Clinic.

It will be recalled that Allotey (40-4, 30 KOs), 29, suffered the fourth professional loss of his career against Jamie Munguia last September. 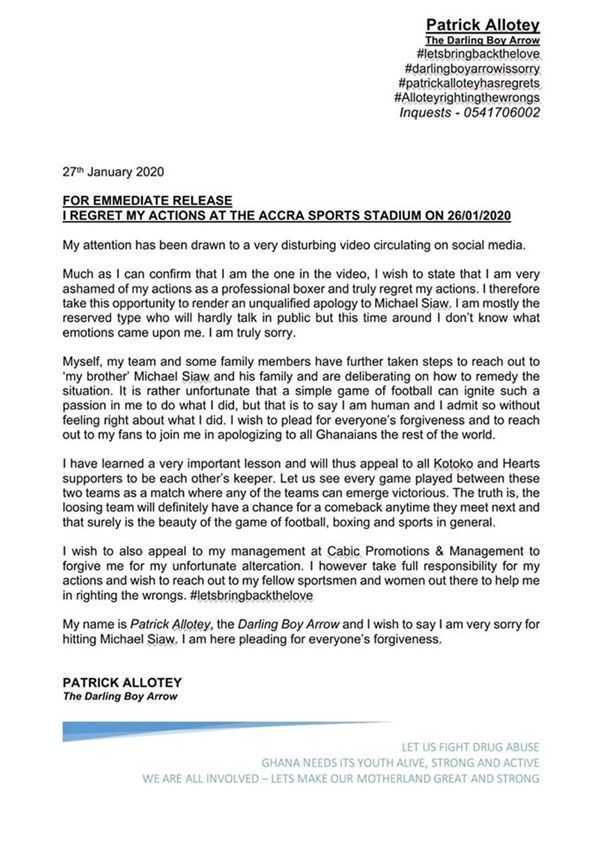