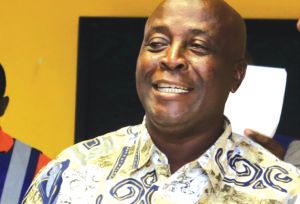 An Executive member of the Ghana Boxing Authority (GBA), Alhaji Muritela Torfik, has blamed managers and promoters for destroying many boxing talents in the country over the years.
Alhaji Torfik believes the inability of these managers and promoters to invest in nurturing the talents of their fighters ended up killing them.

Many boxers have seen their bright careers cut short after bursting onto the scene because managers and promoters lacked the financial clout which was required to improve upon their talents.

Fighters such as Raymond Narh, David Odoi Tetteh (Gbese Tyson), George ‘Red Tiger’ Ashie, Joshua ‘Bukom Tsatsu’ Okine and James ‘Bukom Fire’ Armah, among others, were victims of such practice of their promoters and managers.

Most of these fighters ended up relocating to the United States  or United Kingdom  in search of opportunities to become world champions and failed to reach their potentials.

“As a promoter and a manager, I have come to realise that you need to invest so much in your boxer in order to get him to the top,” Alhaji Torfik told the Graphic Sports.

“Once you discover the talents in tougher fights, you have to take him to training camps outside in order to build them up but most managers and promoters don’t do that.

“This really destroys our fighters because they need that push to build on their craft but they hardly get it,” he added.

Alhaji Torfik, however, called on managers and promoters to spread their tentacles to strike deals with other top outfits to give their boxers the chance to fight at the highest level.

He cautioned them to desist from milking fighters by just accepting any fight for monetary gains.

Those fights, he noted, could be signed for when fighters are well prepared to help develop them into future champions.