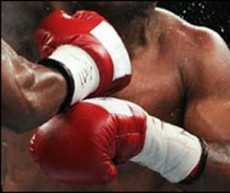 Ghana’s undefeated bantamweight contender, Jessie Manyo Plange, says he is ready to crash anyone who comes his way in his quest to become a world champion.

Plange has targeted the World Boxing Association (WBA) bantamweight crown and is anticipating a clash with title holder, Guilermo Rigondeaux of Cuba.

The 32-year-old Ghanaian has seen his bright career dip after suffering managerial setbacks. However, the composed boxer is looking forward to work harder to land himself a world title shot.

In an interview with Daily Graphic, Plange described Rigondeaux as an experienced fighter but was hopeful of upsetting him in a slugfest.

“I am waiting patiently for my chance so I can prove myself to the world. I know Rigondeaux is big but I’m ready for anyone that stands in my way.”

“The time is now and I have to take my chances when they come. I’m sure by next year; I will get the opportunity to become a world champion.”

With the new ratings, Plange could be in line for the world championship when boxing returns to normalcy after the COVID-19 pandemic.

However, Plange’s trainer, Lartekwei Lartey, believes it was just a matter of time for his fighter to add his name to Ghana’s rich boxing history.

“I think everything was in order for him to get a shot but the pandemic has delayed it. We hope for great news once everything returns to normal.”