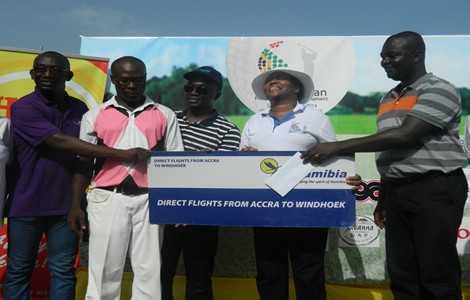 Started around 9:00 in the morning, the maiden edition of the South African Freedom Day Golf Tournament, was graced by high profiled personalities including the High Commissioner of South Africa, H.E Jeanette Ndhlovu, Dr. Emile Francis Short, Lawyer Phillip Addison among others.

After a fierce competition among the golfers, Eric Johnson a Real Estate Developer and Joyce Aronsen emerged winners of the Best Male and Best Female golfers respectively. The two golfers swept a field of over 60 players to lift the event and thereby won for themselves a round trip ticket to Namibia, a crystal trophy and several golf goodies.

Speaking at the Presentation Ceremony, the South African High Commissioner to Ghana, Her Excellency Jeanette Ndhlovu commended Global Media Alliance for the initiative to host the tournament to celebrate Freedom Day and noted that it was remarkable that 20 years down the line, Ghanaians still continued to remember the struggle for freedom in South Africa. She also touched on the growth of investments South African companies were making in Ghana and noted that this was because the Ghanaian economy had shown signs of competing with the very best.

Managing Director of Silverbird Ghana Ernest Boateng noted that “Freedom Day reminds us of the struggle for freedom in South Africa. We at Global Media Alliance are proud to be organising a golf tournament this year to mark the occasion. We hope to make this even bigger and better next year”

Aside promoting excellence in golf, the event also served as a platform for Ghanaian and South African companies to network.

Freedom Day is an annual celebration of South Africa's first non-racial democratic elections of 1994. Peace, unity, the preservation and the restoration of human dignity hallmark Freedom Day celebrations on the 27th of April of each year. 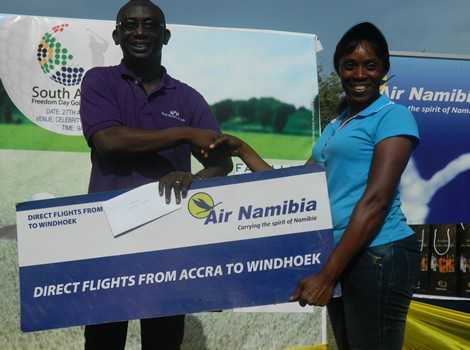