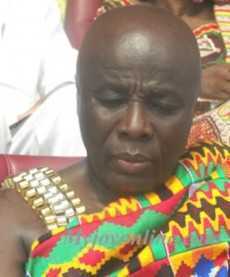 Primeval Media Ghana limited, organisers of the Ghana Golf Awards (GGA) have announced that his royal Majesty, Okyenhene Osagyefo Amoatia Ofori Panin, is now the “life Patron” of the event.

The well-respected king, an ardent golfer, will chair the 2014 GGA awards as well as future events.

Okyenhene Amoatia Ofori Panin was the guest speaker of the maiden edition last year and is expected to add a royal touch to the 2014 edition.

Jeff Asare, Communications Director of Primeval Media told sportscrusader.com that the move was to give the event the needed clout.

He said Okyehene is a well-respected king and his acceptance of the gesture marks a significant growth in the life of Ghana Golf.

“Our outfit is honoured to have such a noble person as our life patron. It shows that the event has attracted the needed attention and
recognition it deserves.

“We are happy to have the Okyenhene on board and his presence will definitely be a great boost to our success,” he noted.

The second edition of the GGA will be held at the Events Haven, Trade Fair Center, La, Accra, on Saturday December 27, at 6pm.

In all, 20 award winners will be honoured on the night which will also be attended by Sir Sam Jonah, a renowned businessman and an ardent golfer.