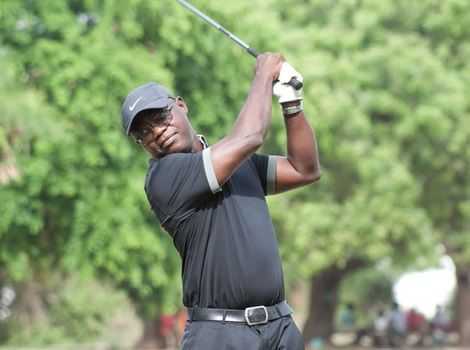 On the eve of South Africa's freedom day, Ghanaians and South Africans united at the celebrity golf course in Sakumono in protest of the recent xenophobic attacks whilst playing the friendly sport. Global Media Alliance partnered with Celebrity Golf to organize the tournament as a sign of solidarity.

The tournament which saw over 70 golfers compete had the South African High commissioner to Ghana Lulama Xingwana as the special guest of honour.

Speaking to attendees at the golfing event, the South African High Commissioner spoke in defiance of the recent xenophobic attacks and urged all to pursue a unilateral course of promoting unity in Africa. She also commended Global Media Alliance for undertaking such initiative and reassured the gathering that the situation in their country is under control and the South African Government has put measures in place to ensure such attacks do not happen in the future

The business development manager, Mr. Martin Ankrah who also spoke at the event said "Global Media Alliance has a strong affiliation to South Africa and the golf day is an opportunity to send a message that Africa is one and as Africans we need to continue to strengthen relations particularly at this time.” 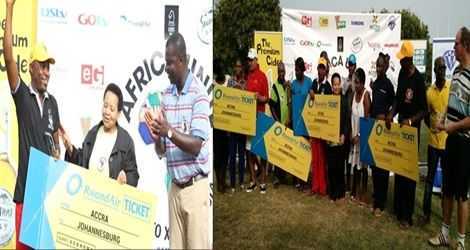 He also thanked celebrity golf club and everyone present for their participation and sharing the company’s vision of promoting a united Africa.

The tournament which is now in its second year was sponsored by Diamond Cement, Accra Mall, Samsung, Distel Ghana, Multichoice, Surfline, Rwandair and Voltic saw Teye Lartey and Jimmie Thorne winners of men’s groups A and B respectively as well as Helen Appah and Mercy Werner winners of ladies groups A and B respectively win return tickets from Accra to Johannesburg courtesy Rwandair.

The event also witnessed the presence of the Namibian and Zambian high commissioners all of whom expressed a desire for a united Africa.