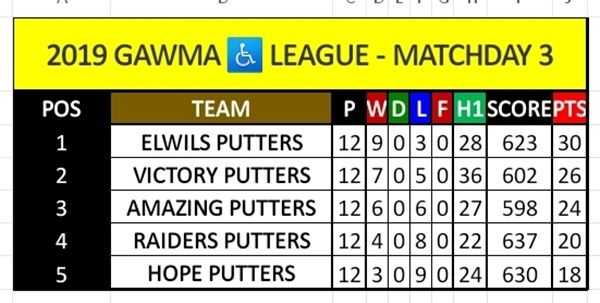 The 2019 wheelchair minigolf Clubs League which commenced in Ghana on the 27th of November, 2019 by courtesy of Caesars Court - Ridge, has successfully completed Matchday 3 with Elwils Putters wheelchair Minigolf Club still at the top of the League Table.

Elwils Putters have been at the top from matchday 1 making them the Tournaments Favourite Club to Win the cup at the moment.

The third spot on the league table was taken by Amazing Putters who currently have a total of 24 points, a score of 598 and 27 holes in 1.

the weekly cash prizes are part of the sponsorship package given from Caesars Court - the official sponsor of GAWMA Clubs League .

GAWMA President Mr Wilson, urged all clubs to be in good form this Saturday and prepare well for the grand finale that will take place this Saturday on 14th of December at Caesar's court Ridge.

Mr Okpoti assured their fans they'll do the job this weekend, hence all must come over to support them on Saturday Dec 14th win the ultimate prize & be crowned 2019 GAWMA League Champions

Final Matchday 4 of 2019 Caesars court wheelchair minigolf clubs league will tee off at 1.00 pm this Saturday 14th December with the Awards Night coming on next day 15th December 2019 at the same venue at 7.00pm sharp 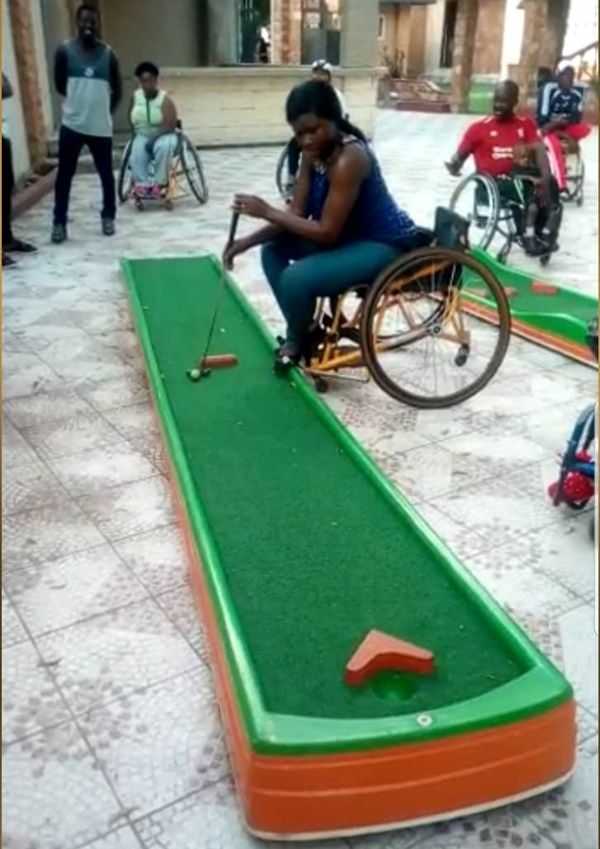