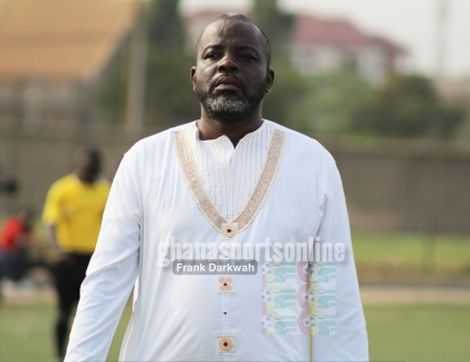 Mr. Wilfred Osei Kweku Palmer, has said there is a deliberate attempt by the Normalisation Committee to sideline him from the upcoming Presidential Elections of the Ghana Football Association (GFA).

The Normalisation Committee of the GFA on Wednesday dismissed the appeal filled by Presidential hopeful.

But a statement signed by the President of the Tema Youth Football Club, stated that, he (Palmer) filled for an interim injunction on the decision of the Elections Committee to disqualify him before the set deadline.

“I am reliably informed that, a meeting was held yesterday at 19:00GMT by Dr. Kofi Amoah, Naa Odorfoley and some Secretariat staff of the GFA to discuss my appeal. I am however amazed to hear that no Committee sat on the appeal,'' the statement said.

The statement added that, the decision of the Normalisation Committee to reject his appeal was long overdue considering the date on the letter sent to him by the NC.

“I have been advised by my Legal Team on the next line of action in my quest to seek justice and would in due course communicate that same line of action to the football community and the public at large,'' the statement said.

He urged his supporters to remain calm and should be decorous in public discussions as he remains hopeful of being back in contention for the Presidential seat of the GFA.

The former Executive Committee member is said to have breached Article 33 (5) of the GFA regulations which relates to player transfer.