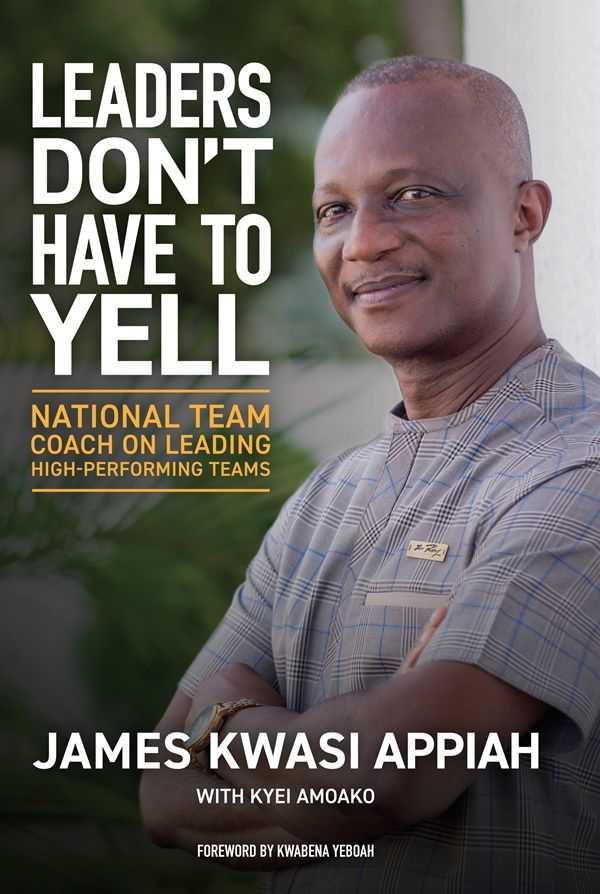 Co-author of the book, Kyei Amoako has hinted with some artworks on various social media platforms the birth of the book with the title -  “Leaders Don’t Have to Yell”.

The 400-page book as our sources gathered will allow readers to learn more about one of the most well-known figures in Ghana. The book has also been categorized as a leadership memoir, and has for its subtitle “National Team Coach on Leading High-Performing Teams.”

Having been on the Ghana football scene since the early 1980s, calm-mannered Kwasi Appiah can be expected to have a lot to talk about regarding leading high-performing teams in his book.

On the back of the book, Appiah shares why he wrote the book. A portion of what he said is included below:

Appiah continues with what he hopes readers will get from reading the book:

“While my stories and perspectives are mainly from the world of football, I hope that the lessons and the inspiration they provide will be useful to footballers, coaches, and administrators, as well as to the fans and those who have little or no interest in football.”

The book’s foreword is written by journalist and SWAG President Kwabena Yeboah.

In a conversation with the book’s co-author, Kyei Amoako indicated that the book will be launched with events in Kumasi, Sunyani and Accra in December, and additional information will be forthcoming. A form for media and general inquiries about the book is available at the book’s website, www.CoachKwasiAppiahBook.com. 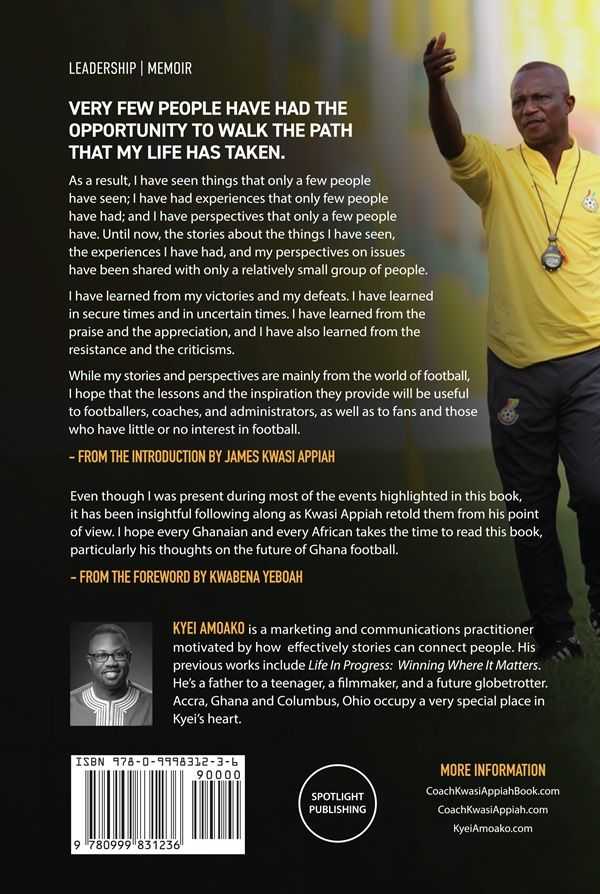