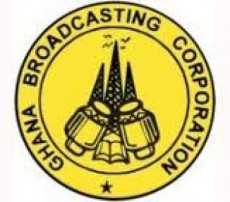 The Director-General of the Ghana Broadcasting Corporation (GBC), Professor Amin Alhassan, has explained that the state broadcaster is only demanding fairness in competition, after the corporation has taken the Ghana Football Association (GFA) to task over the association’s decision to award the television broadcast rights over the Ghana Premier League and the FA Cup competition to the pay TV operator, StarTimes.

The FA’s announcement last Wednesday that the Chinese-owned StarTimes had won the rights in a $5.25 million (GH¢29.79 million) deal over the next five years drew an immediate reaction from GBC, which questioned the basis of the FA’s assessment, claiming that the corporation’s bid was both financially and technically superior to the winning bid.

That also drew a response from the FA, which defended its choice and accused GBC of deliberately misinforming the public on the facts of the case.

However, Prof. Alhassan, in an exclusive interview with the Daily Graphic last Saturday, said GBC was only demanding fairness in competition and that the company was not a bad loser, as the FA wanted to portray it.

He reiterated GBC’s demand for the FA to review the bid process to ensure that justice prevailed.

He noted that the state broadcaster had no problem with StarTimes and was ready to work with the company and the GFA, and revealed that StarTimes had already approached GBC to help it with the production for coverage of the ongoing Ghana Premier League.

“We are not sour losers. We just want the right thing to be done because the FA met us and told us that our bid was technically the best but financially not. It then asked us if we could increase the bid by $400,000, which we did in a matter of hours, to come up to $1.1 million a year.

“But when the GFA issued a statement that StarTimes had won, we analysed its own statement and concluded that, based on the figures presented by the FA, it could not justify its claim that the winning bid was financially superior,” Prof. Alhassan said in the interview.

The director-general justified the corporation’s reaction to the FA, saying that it was important that the public was furnished with the full facts of the case to get public reaction to compel the GFA to review the bids and ensure that the right thing was done in the interest of the public and football.

“We tried to be decent about the whole thing because it smacks of unfairness if you analyse even the FA’s account of the whole bidding process and the final result. We have competed fairly but we were not treated fairly,” he stated.

Out of time bid?

Reacting to the GFA’s response last Thursday, which indicated also that the corporation sent a revised bid which was out of time, Prof. Alhassan rejected the GFA’s explanation because when the FA met with officials of GBC to explain why the corporation had been unsuccessful, the FA asked the state broadcaster if it could revise its financials in an improved bid, to which the company agreed, made adjustments and sent it back to the FA, which accepted and acknowledged receipt of the revised bid.

“If we were out of time, as the FA wants the public to believe, why did it invite us to revise the bid and also accepted it? If they were not ready to consider an improved bid, why ask us to improve the bid?” the GBC boss asked.

In spite of challenging the GFA’s decision and not running radio commentary on any of the league matches yesterday, Prof. Alhassan said, GBC was open to working with StarTimes and the GFA in the future and would not be opposed to any subsequent business transaction with them.

“We are not boycotting GFA or StarTimes. I never said GBC would not collaborate with StarTimes because you never close your door on business. I’m ready to work with them if it makes business sense,” he said.

In previous years, GBC provided technical support for StarTimes in terms of staff and equipment to provide live TV broadcast of the Premier League.

Last Friday, the GBC boss revealed that the league’s broadcast rights holder had made an informal approach for support to telecast yesterday’s third week matches, to which he had asked StarTimes to put the request in writing.

“They [StarTimes] said it was late to make a formal request, so they started calling our staff informally. I had to caution my staff not to go into any such cooperation, else they risked being sanctioned.

“I just want transparency in our dealings, so that GBC, as an organisation, gains from any such support. People must know that there is a new guard at the gate and I’ll work in the best interest of the state broadcaster and the public,” Prof. Alhassan said.

“Football is a mass sport, so giving the national league out on Pay-TV will deny majority of the citizens the opportunity to watch the nation’s passion. In an open and fair process, you can’t give a foreign company the meat and give the state broadcaster the bones,” he emphasised.

In a reaction, the Communications Manager of StarTimes, Mr Eli Kondoh, told the Daily Graphic that the company was in the process of recruiting more technical staff to help it deliver the best coverage for Ghanaians, since GBC turned down a request for technical support last weekend.