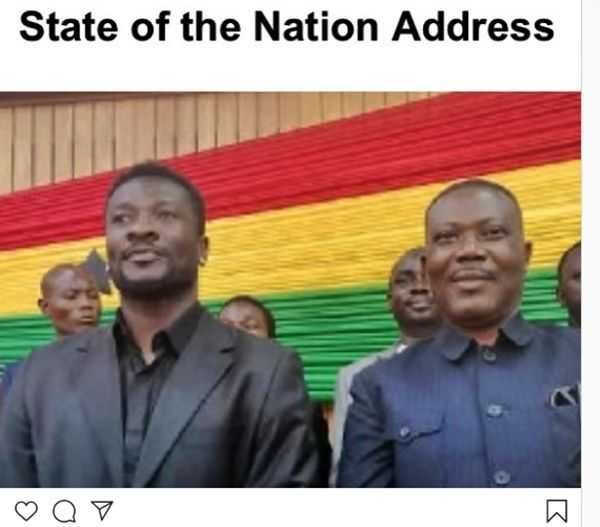 Former Black Stars skipper Asamoah Gyan was spotted in Parliament during the 2020 State of the Nation Address delivered by President Akufo-Addo on Thursday February 20.

Gyan was seen in the public gallery of Parliament watching on as the President gave account of his stewardship over the past year.

The President, in delivering his address urged Ghanaians to embrace the BringBackTheLove campaign by the GFA which seeks to reignite love and passion for the national teams and GPL.

President Akufo-Addo also indicated his excitement with the return of normalcy in Ghana football.

“I’m happy to note football has returned to normalcy after the election of the GFA President. The Ghana Premier has returned, let help BringBackTheLove”.

He also assured that the ten sports centres of excellence which have been under construction since 2018 will be completed soon.

“We are making sure that there will be room for the future Alice Anums, Mike Aheys, and Baba Yaras so they can develop their skills. We want to make sure that when our children turn on the television sets to watch sporting programmes and events, they will be able to find Ghanaians competing at the highest levels in terms of track and field.”