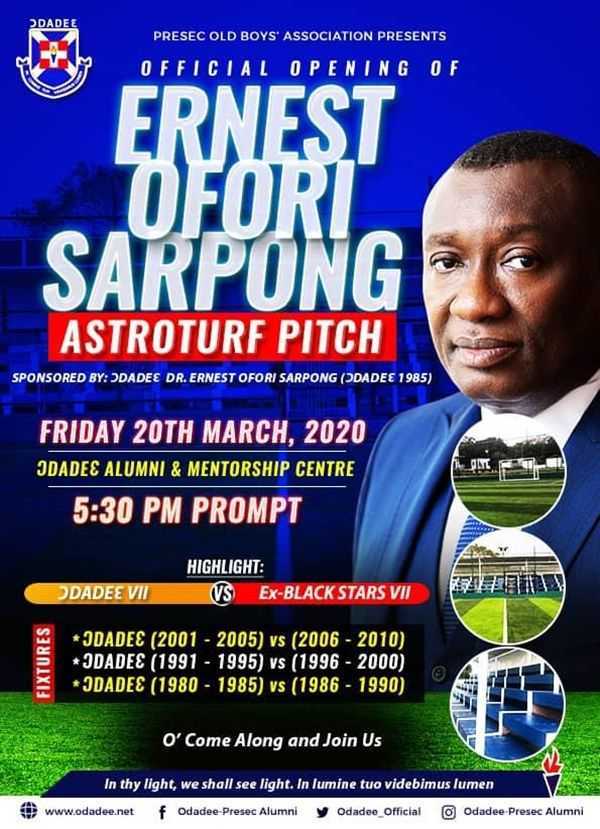 The ex-footballer was who was in the company of project sponsor, Dr. Ernest Ofori Sarpong to inspect the project expressed his warm appreciation to Dr. Ofori Sarpong for his immense contribution to the development of sports in the country.

"I will feature as a guest player on the day of the commissioning," he promised.

Dr. Ernest Sarpong, who is brother to Business mogul Dr. Osei Kwame Despite ensured the turf was completed on time as part of his effort to give back to his former school.

This is the second astroturf constructed in an Accra based Senior High School by an individual.

The facility has changing rooms, as well as a seating place, and the pitch has been well fenced.

Presec is one of the best Senior High Schools in Ghana, having won the National Science and Maths Quiz five times.

Apart from producing scholars, the school has also excelled in sports in the past.

They were conducted around by Architect Odadee Nayo (1981) Alumni Director of Projects and the designer and construction supervisor of the AstroTurf Project.

The Businessman completed Presec in 1985.

The project is expected to be commissioned on Friday, March 20th at 5:30 pm. Old Students should get their Adidas boots ready. There will be lots of fun. 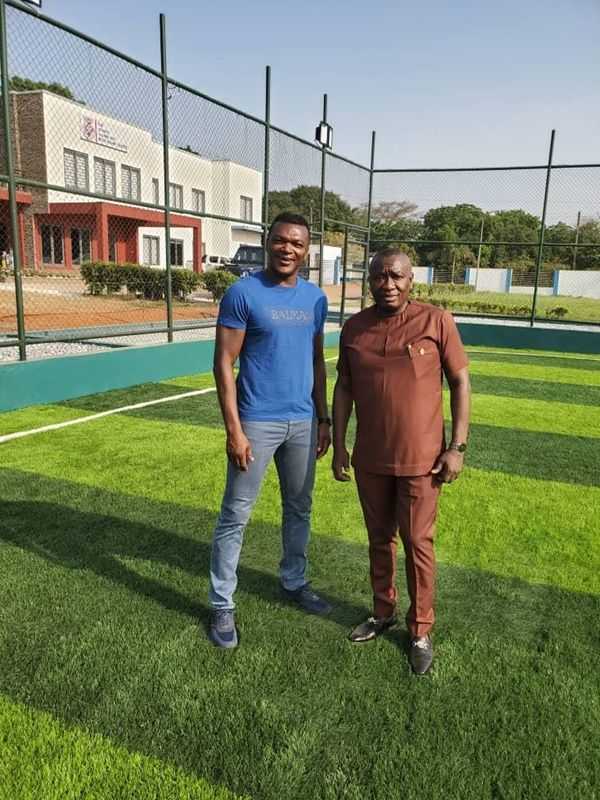