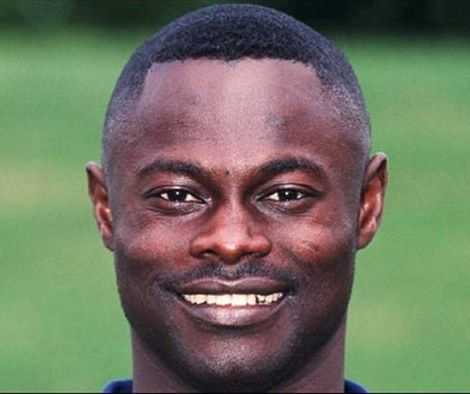 Crystal Palace arrowhead, Jordan Ayew’s, current performance in the English Premier League has won the admiration of many including ex-Ghanaian legend, Odartey Lamptey who believes Ghanaians were yet to witness his full potentials.

According to Lamptey his prophesies about the player some six years ago were beginning to manifest and he could adequately step in the shoes of the likes of Tony Yeboah or Asamoah Gyan.

“I said it six years ago that Jordan may be the next Tony Yeboah and step in Asamoah Gyan’s shoes,” Odartey said during an interview on Joy Sports Link last Saturday.

The 28-year-old Black Stars striker went into the history books last week when his goal against Bournemouth took his tally to nine in the season and 25 in the premiership to hold the record as the Ghanaian player with the highest goals in the Premiership.

Tony Yeboah previously held the record with 24 goals in 47 appearances and three assists for Leeds United from 1995 to 1997.

The 45-year-old ex-Ghana international who was on a season-long loan to Aston Villa (1994-95) before moving to PSV also disclosed that he had a great influence in the £8m transfer of the legendary Abedi Pele’s son to Aston Villa.

“When he was going to England, Villa called me to ask me certain things about him and I told them his height his qualities,” he stated.

Jordan’s romance with Villa could not last as he was priced away by Swansea before moving to his current club and this, Odartey admitted that beats his imagination why the Villans failed to keep the attacker permanently.

“I was surprised that they [Aston Villa] didn’t take him permanently but I am sure we are yet to see the best of Jordan. I saw him playing when he was a child and I know what he is capable of.”