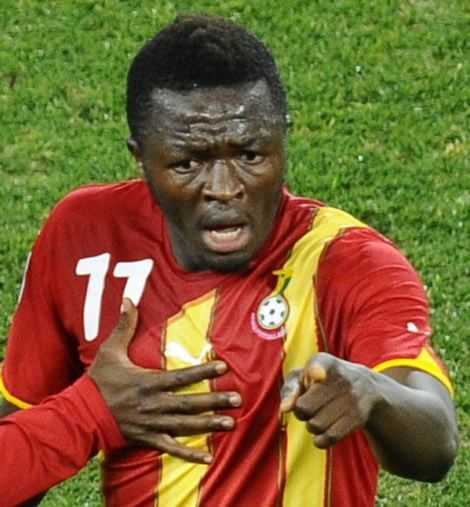 Ex-Black Stars midfielder, Derek Boateng has described his international teammate, Sulley Ali Muntari as the sincerest player he has ever played with.

Boateng said the ex-Inter Milan winger was not selfish and would ensure everybody in the team was treated fairly.

Recounting the 35-year-old former Sunderland player’s sincerity, Boateng disclosed how Muntari rejected an arrangement by the Ghana Football Association (GFA) officials to have foreign-based players travel in a business class against economy class for their local counterparts during a trip.

“Sulley Ali Muntari is the most sincere Black stars player I worked with, he always wanted the best for his colleagues,” Boateng spoke to Starr FM.

“He resisted a move by Black Stars officials to place local players in the economy class and foreign players in business class.”

Muntari has mostly been considered the ‘bad boy’ of the national team due to his allege involvement in acts that is seen as affront to peace and unity in the Black Stars camp.

During the 2014 in Brazil, the player was said to have involved in a violent conduct that saw his expulsion from camp together with Kevin-Prince Boateng.