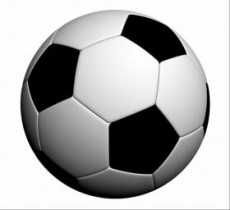 President Nana Addo Dankwa Akufo-Addo has announced that the Black Maidens and the Black Princesses can start preparations for their respective Under-17 and Under-20 Federation of International Football Association (FIFA) World Cup qualifications in September.

The President in his 14th address to the Nation on measures designed to curb the spread of the COVID 19, lifted restrictions for the two national teams to commence training.

The two female youth teams were preparing for their respective qualifications in March until the novel coronavirus pandemic halted sporting activities in the country.

He said “Our female U-17 and U-20 national football teams have been given the clearance to go to their respective training camps to begin preparation towards the FIFA and CAF sanctioned international matches which begin in September.

“Whiles in training, the playing, technical and management teams must observe strictly to all the protocols issued by the government, CAF and FIFA against COVID-19.”

The Black Maidens, after beating Liberia, will face West African rivals Nigeria, in the final round of the qualifiers to the 2021 FIFA U-17 Women’s World Cup in India.

The Princesses will also prepare for a two-legged battle with Guinea-Bissau in their first qualifying tie to the 2021 FIFA U-20 Women’s World Cup which will be co-hosted by Costa Rica and Panama.

Meanwhile, all other team and contact sports and competitive sporting events in the country remain suspended until further notice.