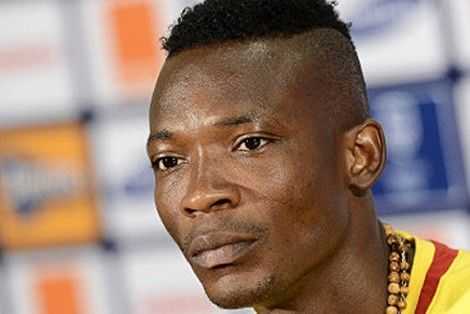 Seven years after hanging his boots, former Ghanaian international, John Paintsil, has singled out the late Emmanuel Kwasi Afranie as the coach who transformed him from an ordinary player into a complete product.

Speaking to Graphic Sports Online in an exclusive interview in Accra , Paintsil revealed that before Coach Afranie drafted him into the national Under-20 team in 2001, he (Paintsil) was a striker for both Berekum Arsenal and Liberty Professionals.

“I was a striker dribbling defenders with ease and scoring goals with precision at both Berekum Arsenal and Liberty Professionals but my role as a striker changed into a dependable defender when the late Coach Afranie invited me to the national youth team and I never looked back,” Paintsil recalled.

He said his baptism of fire started with a friendly match against Algeria prior to the 2001 World Youth Championship in Argentina.

“During the friendly match, the coach told me privately that he was using me as a defender so I should stick to all instructions he gave me and after the match, he told me he was satisfied with my performance.

“He, therefore, urged me to focus on my training and play according to instructions. This marked the beginning of my role as a defender in the national teams and my professional career in Israel, England and South Africa until I retired in 2013,” he recounted.

According to him, playing under Coach Afranie also turned him into a disciplined, dedicated and committed player, adding “you always have to excel at training and in competitive matches to remain in his team or you find yourself out.”

“He always wanted the best from his players. It was this attitude that motivated me to go the extra mile when training to win his confidence," he revealed.

Paintsil said aside Coach Afranie, Roy Hodgson, who managed him in England, also motivated him to excel in the English Premier League.

“In England, the Premier League was quite challenging but Hodgson took me as a son and motivated me to excel as one of the most dependable defenders in the league,” he recalled.

Paintsil, who is now part of the management of Accra-based Legon Cities Football Club, is yearning to become a coach with the view of imparting his expertise to the youth.

He is on record to have bought a 4x4 vehicle for Coach Afranie at a point in his playing days before the veteran trainer passed away a few years ago.