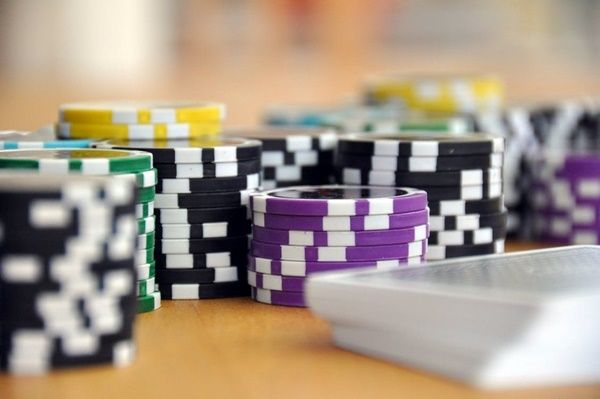 Going all-in is one of the most thrilling things you can do at the poker table. Known in the business as shoving or jamming, professional players will often look to exploit the weakness of their opponents or gain momentum by taking down a huge pot with an all-in move. But you can’t just go all-in on anything.

Indeed, a reckless all-in move with sub-optimal cards could be seen as the poker equivalent of entering a duel without loading your pistol correctly. If you want to feel the excitement that comes with pushing your whole stack into the center of the felt, make sure you know when the right time to do it is.

What Does it Mean to go All-In?

Going all-in means to raise by the maximum amount – your entire chip stack. If you are short-stacked against your opponent, this would mean that you are putting your tournament life on the line – unless there is the opportunity to rebuy. If you are up against the short stack and they call, you would be putting your opponent all-in, meaning that if they lose, they would be out of the tournament.

Going all-in is the ultimate power play in poker. Professionals will usually only choose to do it when they believe that they have a strong chance of winning the hand. Sometimes, the all-in shoves occur pre-flop, especially in the latter stages of a tournament when the blinds are high and there is already a massive pot before any cards have been dealt in the middle. Ranges change depending on the number of people involved in a hand, but in a pre-flop scenario the person shoving is most likely to have a high pocket pair or the big slick (an ace and a king – preferably of the same suit).

All-in moves after the flop, turn, or river are likely to look different to these pre-flop shoves. Players who have the nuts will often choose to go all if they are acting after one or two large bets. This puts the opponents who have already bet on their cards in a difficult spot. Do they try to recoup their investment in the hand by matching the bet, or do they cut their losses knowing that they are probably beaten? In these circumstances, the person who was last to act in the hand was able to pull off a massive power play by jamming.

On some occasions, going all-in can be a gamble, especially in the pre-flop scenario. Having bullets pre-flop is the best possible starting hand with an 81 percent chance of winning. However, if another player calls the bet, they would have a chance to get lucky when the cards are dealt in the middle. The fact that there is some risk involved does add to the thrill of moving all-in, though.

When is it a Good Idea to Go All-In?

There are times when you should be thinking of going all-in, and others when you most certainly should not. Knowing when to do so separates the amateur players like Neymar from the big guns like Phil Ivey. The most important thing to remember is that this shouldn’t be done as a form of gambling. If you follow the advice of experts, you will be able to assess when the right time to jam is.

According to strategy guides about all-in poker, players need to consider a number of factors including effective stacks, stack-to-pot ratios, type of opponent, previous action, and relative hand strength. Effective stacks refer to the size of yours and your opponent’s chip stacks. If you are short-stacked with only around 30 big blinds left, you should be going all-in with a wider range in an effort to get back into the game. Otherwise, you could end up watching your stack gradually dwindle as the tournament goes deeper.

Stack-to-pot ratios refer to how many chips are in the pot compared to the stacks. If there is already a lot in the pot, you may want to commit to an all-in move because it will give you large returns. However, you need to consider the fact that your opponents will be viewing the wealth in the center in the same way. If there isn’t much in the pot, it makes your all-in decision harder as the payoff may not be enough to warrant the risk.

When going all-in, it is important to consider the opponents and how they have acted on previous hands. Do you want your all-in move to force your opponent to fold? Or do you have the nuts and you want your opponent to call? If you are playing against a tight player and you have the best possible hand, you may not want to go all-in as they are likely to fold and you won’t get full value. Conversely, if you have a weak hand or draw, you may want to go all-in as a partial bluff against a tight player.

What Are The Most Iconic All-In Moments?

Along with physically going all-in in a poker game, it can be just as thrilling to watch all-in showdowns when they occur in televised tournaments. When the Main Event of the World Series of Poker is in its final stages, there are frequent all-in moves. Certainly, when there are only two people remaining in a heads-up situation, chip leaders will look to kill off the game and go all-in on a number of hands. Similarly, the player that is short-stacked will also want to go all-in when they can in order to double up. The final hand of the WSOP usually comes down to an all-in move. Scott Blumstein went all-in with ace-deuce to take home $8.15 million in 2017, for instance.

One of the most entertaining all-in showdowns in recent memory was between Will Kassouf and Griffin Benger at the 2016 WSOP. Kassouf was using his “speech play” technique in an effort to grind down his opponent, who eventually exploded and forced the Englishman to go all-in with his pocket kings. Unfortunately for Kassouf, Benger was in possession of pocket aces and these held up, sending Kassouf crashing out of the tournament.

Going all-in is not an exact science, and the risk involved makes it a thrilling thing to do at the felt. However, knowing some of the factors that can influence an all-in decision may help some players find more success with these huge power plays.