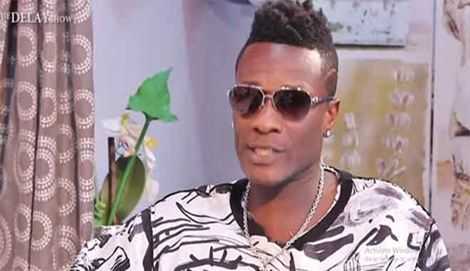 Former Black Stars captain Asamoah Gyan says the voice said to be his in a viral audio may have been doctored and did not represent exactly what transpired last Wednesday.

He said it has been purely taken out of context.

Notwithstanding, the Black Stars striker apologised to fans for using such abusive words and stressed that they were uttered out of anger.

The audio gave an aural depiction of the fracas between Gyan and his brother, Baffour, on one hand, and the Chief Executive Officer of Web Soft Solutions, Godwin Martey, on the other hand.

The incident occurred at the 37 Army Officers Mess during a tennis match involving Gyan and Martey with Baffour as the umpire.

Martey, who later lodged a complaint about the assault to the Cantonments Police, said it started when decisions in the singles game were going in favour of Gyan.

In an attempt to protest the seeming bias of the umpire, Baffour, also a former Black Stars striker, Godwin Martey said he was physically assaulted by the brothers.

He was given police medical forms for examination but the report, later received, showed that there were no physical injuries despite him being in “shock”.

He was thus referred to a psychologist.

In a one-on-one interview on Saturday, October 17, Gyan claims he never assaulted his opponent contrary to what has been put out in the public domain.

He said the whole incident as transpired in the audio making rounds is “out of context”.

But he apologised to his fans for the invective that he used for his opponent.

I am sorry, my words (onyɛ gbemi) were too harsh on Web Soft Solutions CEO, Godwin Martey - Asamoah Gyan apologizes after allegedly assaulting his tennis opponent 😊