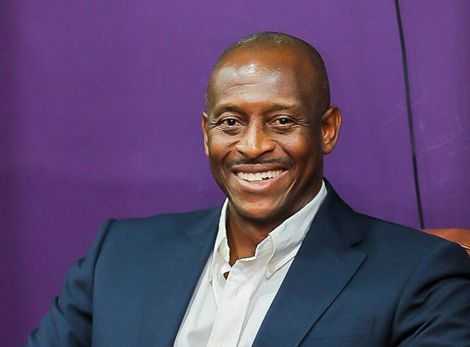 Mr Herbert Mensah, President and Board Chairman of Ghana Rugby, announced the holding of a “Ghana Rugby Stakeholders Congress” from his office in Accra.

According to Mensah the very first thing he and his administration did in June 2014 when they took over the reins of Ghana Rugby.

“The Stakeholder Congress we held in 2014 formed the basis of the 2014 Ghana Rugby Blueprint we put together which eventually resulted in most of what we did, including the ten-team domestic league, resuscitation of women’s rugby, the youth development “Get Into Rugby Programme”

Mensah also said that off-the-field successes such as the implementation of the scrumIT Rugby Management System, the implementation of the Sage One online accounting system, the annual auditing of financial systems, the achievement of Full Membership from World Rugby on 10 May 2017, the development of key strategic plans such as the Strategic Plan and Development Plan and the adoption of a new Constitution all followed from the 2014 Stakeholder Congress and subsequent ‘Ghana Rugby Blueprint”.

“It is now almost seven years since the first Stakeholders Congress and we feel that, in light of the enormous challenges we are facing, that it is time to consult with our stakeholders again in a more formal manner. The outcome of this very important event will serve as critical inputs to a new “Ghana Rugby Blueprint” and a revised Strategic Plan for Ghana Rugby,” Mensah said.

Attendees to the “Ghana Rugby Stakeholders Congress” will be by invitation and will include a wide variety of people from Rugby Bodies and Clubs, governing bodies, the media and other selected stakeholders.

The event has been scheduled for Saturday 22 February 2020 at the Ghana Rugby Secretariat in Osu.