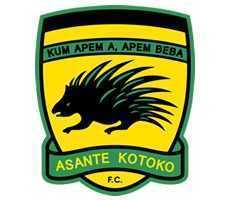 Asante Kotoko’s Norwegian trainer, kjetil Zachariassen has indicated that the mass exodus of key players from his team would not affect their chances as they head into their CAF Champions League preliminary clash against Nigerian opponents Kano Pillars tomorrow.

The Ex- Ashgold gaffer who replaced former Ghanaian International C.K. Akonnor ahead of their CAF Champions League campaign this season must contend with a new-look Kotoko set-up with a large chunk of the players that featured in last season’s campaign out injured or seeking greener pastures.

Influential midfielders Maxwell Baako and Richard Senanu are nursing long injuries, while midfielder Kwame Bonsu has joined Tunisian giants Esperance. Captain Amos Frimpong has found a new home in Guinea with AS Kaloum Stars; striker Abdul Fatau is out on trials at Swedish side Helsingborg while contractual disputes between Burkinabe import Songne Yacouba and the club means he will be unavailable for selection.

In their place, however, the team has made notable purchases such as defenders Dacoster Ampem, midfielders Didi Arnold, Kelvin Andoh, Godfred Asiamah, Samuel Frimpong and attackers George Abege and Richard Arthur.

But speaking to a section of the media on the last day of the team’s training at the Accra Academy School before the team’s departure to Nigeria yesterday, the Head Coach assured that despite the apparent difficult situation created by injuries and the mass exit, the necessary recruitments have been made to fill the gaps.

He said the new boys are jelling well with the old boys, adding that, the four weeks of intensive training have given him a fair idea of the strategy to employ to neutralize the threat from the Nigerians.

Ugandan import George Abege, Richard Arthur and Naby Keita will lead the charge as the front men for the team.