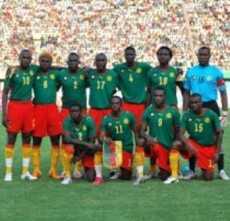 Cameroon's Sports Ministry has announced that the former Portuguese footballer Toni Conceicao has been appointed as the new head coach of the Indomitable Lions.

The 57-year-old, most recently coach of CFR Cluj in Romania, succeeds Dutch legend Clarence Seedorf who was sacked from the post in July following Cameroon's early exit from the 2019 Africa Cup of Nations in Egypt.

The length of Conceicao's contract with Cameroon will be announced later this month.

He will be assisted by former Cameroon international Francois Omam Biyik who played at three World Cups and helped the Indomitable Lions win the 1988 Africa Cup of Nations.

Another former Cameroon international, Jacques Songo'o, has been appointed as the national team's goalkeeping coach.

Conceicao is expected to lead Cameroon at the 2021 Africa Cup of Nations on home soil as well as secure the five-time African champions qualification for the 2022 World Cup in Qatar.

It is the first time he will be taking charge of a national team and he has no previous experience in Africa with all of his former coaching jobs having been in Europe and the Middle East.

In his 20-year career, Conceicao has managed 14 clubs across four countries.

As a player, the right-back spent his 11-year career in Portugal playing for Braga, Vizela, Riopele and Porto.

He won a double with Porto - clinching the league title and Portuguese Super Cup in 1990.

Conceicao made one appearance for Portugal.