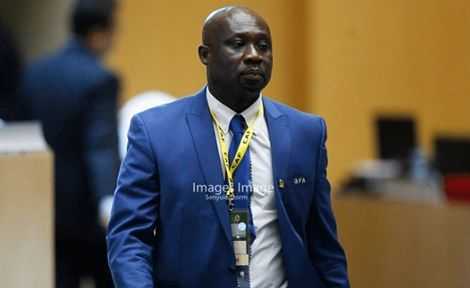 The former GFA vice president launched his manifesto in Sunyani, this past weekend and according to Amoako, the club is convinced Afriyie is the best person to lead the association for the next four years.

"We [Kotoko representatives] have been to any of the manifesto launch of the various presidential hopefuls. We have heard a whole lot about their policies with their manifestos, but George Afriyie's own stands tall amongst his competitors," Amoako said on a tape aired by Otec FM. "And we don't endorse a candidate for endorsing sake. I George Amoako being the CEO of Kotoko has been given the mandate to endorse the candidature of George Afriyie,"

He continued: " So, we (Asante Kotoko) have endorsed George Afriyie and that will be same in the elections having been convinced by his policies with his manifesto." "The club have given me the mandate to endorse George Afriyie. And for that matter, his vote is with us."