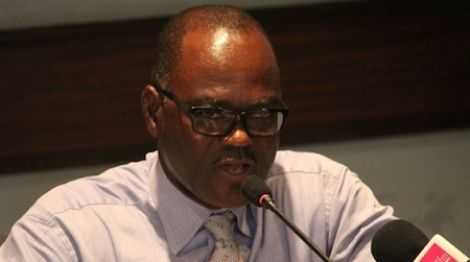 The interim administrative body will stay in office for an extra period.

The additional period is to allow the interim football administration of the West African nation, who has been in office since September 2018, enough time to supervise elections of a new FA president to complete their mandate.

Their term was due to expire last month on September 30.

"The Bureau of the Fifa Council has extended the mandate of the GFA Normalisation Committee (NC) to enable the NC to supervise the upcoming GFA Elections," the NC announced via the GFA website on Tuesday.

"The second mandate of the Normalisation Committee expired on September 30, 2019.

"However, in view of the upcoming GFA elections, Fifa has extended the Normalisation Committee's mandate up to November 17, 2019 to enable it to complete the process of electing a new President and Executive Committee."


The NC, who took over the football administration following the collapse of the GFA in June 2018 due to the corruption and match-fixing scandal, was initially handed a six-month mandate which expired in March.

The tenure was then extended for a further six months. The latest development is the second extension.

The GFA presidential election is due on October 25.