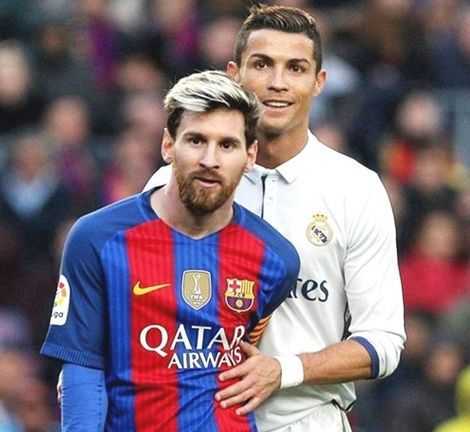 The Argentine believes that the Portuguese's presence gave star quality to the league and El Clasico while he is not targeting more Ballon d'Or glory.

Barcelona star Lionel Messi has admitted that he wanted Cristiano Ronaldo to stay with Real Madrid.

The pair have set the standard for individual performances over the course of the last decade, setting rafts of scoring records and dominating individual awards over that period.

The rivalry hit its peak when the pair went toe-to-toe for the two Clasico rivals, though Ronaldo departed Spain in the summer of 2018 to move to Juventus.

Messi regrets his rival’s decision and says that the presence of the Portugal international used to add an extra spice to the match.

“I wanted him to continue with Real Madrid,” Messi told RAC1. “He gave a plus to the rivalry in the Clasico and La Liga.

“Real Madrid will continue to challenge because they have very good players, but I already said that the team was going to feel his loss for what he meant and that the squad would notice. But they have plenty of players to allow them to fight for every title and they have a lot of history.”

Despite a glittering array of prizes picked up throughout his career, Messi is not without regrets – most notably the Champions League semi-final exit to Liverpool last season, when they allowed their opponents to overcome a 3-0 first-leg deficit.

“The Liverpool thing was our fault,” he said, defending head coach Ernesto Valverde, who came under pressure after that defeat that has never truly lifted. “It came after the Roma incident. We got a mental block as the Rome defeat came to mind.

“We got worse and worse and it wasn’t because of the coach.

“The club decided that he should continue and I think that for everyone it was a joy because we support him and love him, like Luis Enrique or the coaches who came before him.”

Meanwhile, Messi, who recently won the FIFA Best Male Player award for the 2018-19 season, is not targeting a record sixth Ballon d’Or, which would edge him ahead of Ronaldo in that regard.

“It wouldn’t be a disappointment not to win it,” he said. “These awards are nice recognition, but for me they were never a priority, I would be more disappointed to spend another year without winning the Champions League - it's been five years since we’ve done it.”