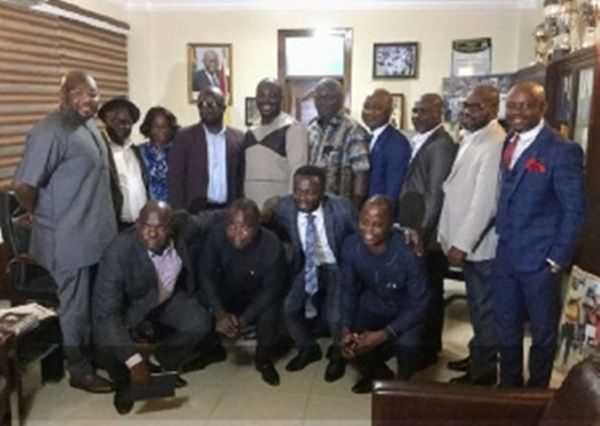 Speaker of Parliament, Prof. Aaron Mike Oquaye has urged the recently elected GFA executives to do everything possible in organizing and revamping the domestic leagues.

According to Prof. Mike Oquaye, they should do everything within their power to make the Ghana league more attractive.

The Speaker, on behalf of Parliament, congratulated the GFA President, Kurt Okraku and the Executive Council on their election, and urged them to take seriously, the mandate given them to manage Ghana football.

“May I congratulate and your team for going through an elective process and coming out victoriously. This is an example of the deepening of the democratic process in our country,” said the Speaker.

The Speaker who is fond of Accra Hearts of Oak urged the GFA boss to take a serious look at the domestic football.

“We all know that we have over 30million supporters as coaches in Ghana and most don’t even want to go the various stadia. They have to bring back that love for the local league.”

“Whatever we have to do to strengthen the local league we ought to do,” he added.

Ghana Football Association President, Kurt E S Okraku and his Executive Council paid a courtesy call on the Speaker of Parliament, Prof. Mike Aaron Oquaye and Parliamentary Select Committee on Sports to introduce themselves and also have a brief discussion with regards to football matters.

He said it was important to come with his team to show respect after visiting the President of the land and the Ministry of Youth and Sports.

“Football cannot be done without the private sector and it is time we get everyone involved,” he said.