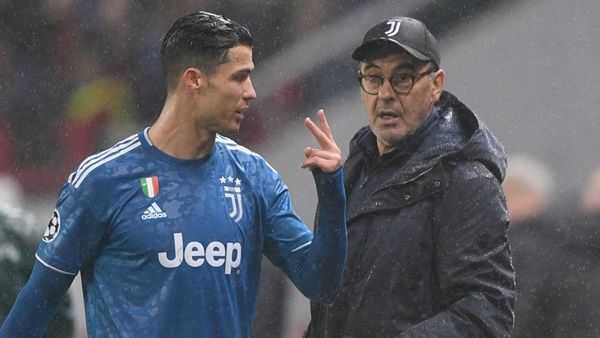 Former Italy star Antonio Cassano believes there is a 'big problem' between Cristiano Ronaldo and Maurizio Sarri at Juventus.

Sarri has substituted Ronaldo on occasions this season with Juventus still searching for the winner, which led to suggestions that the pair's relationship was turning sour.

And following the weekend's setback against Sassuolo, with Ronaldo stepping up from the penalty spot to rescue a point for Juventus, Cassano is convinced there are issues among the squad.

'I think Ronaldo has a big problem with Sarri,' Cassano told Tiki Taka.

'Everything started with two consecutive substitutions, which will irritate any player.

'In my opinion, there's a problem between them and Juventus are good at keeping it down.'