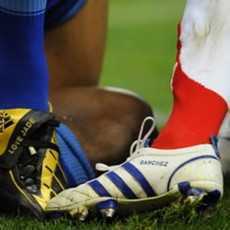 Four companies have lined up to acquire the media rights of the Ghana Premier League (GPL) and other products of the Ghana Football Association (GFA) in the wake of the decision to abrogate the StarTimes contract.

With the GPL set to start at the end of the month after a one-year hiatus, local interest is high to the point that https://poker369.vegas/ is among several online game of chance firms offering odds on the matches.
The GFA is desperately seeking to grab a media rights partner before the league starts later this month and have hurriedly entered the market to scout for partners to broadcast the league matches and also to bring in some revenue.

The Ghana-arm of DSTv are putting together a package to capture the rights, a local consortium led by GTV have already prepared their bid, StarTimes are seeking to make a return and an independent broadcasting house has also expressed interest.

This comes after the StarTimes deal $17.9m media rights contract with the GFA was abrogated under the erstwhile Normalisation Committee.

The Chinese company captured the trailblazing deal with the GFA three years ago, grabbing the Ghana Premier League, the Gala, the National Division One League, the MTN FA Cup, the Ghana Women’s League and the Ghana Juvenile League rights for the next 10 years.

But the plug on the massive ten-year deal with the Chinese broadcasting giants was pulled over unreasonable demands by the Dr Kofi Amoah-led body for the coverage of the Special Competition that the latter had organised.

This led to the cancellation of the biggest broadcasting contract the Ghana FA has ever acquired in its 62-year history.

Signs of the deal being on the verge of collapse started to show this year when the Normalisation Committee failed to reach a deal with StarTimes for the telecast of the Special Competition which was eventually taken up by GTV.

This clearly revealed that the GFA had abrogated the contract with StarTimes thus calling for new companies to start the process of acquiring the rights previously held by the Chinese broadcasting giants.

It has now emerged that the current GFA board led by Kurt Okraku did not cancel the contract but when they took over just two months ago the contract with StarTimes had already been abrogated under the reign of the Normalization Committee.