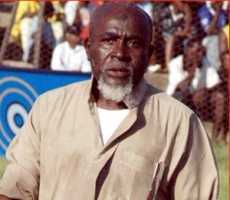 The outspoken King Faisal chief was captured on Accra-based Asempa FM on August 23 last year making slanderous statements about the plaintiff, saying, “JY Appiah you are a foolish man, you are a thief, and that is why you were sacked from the Ghana COCOBOD, where you once worked. I will expose you, foolish man, you made Kwasi Nyankyi to fail, foolish man like you, thief,” he added.

According to the plaintiff, the defendant repeatedly used foul languages on him in public during the programme.

And in an Accra High Court Writ sighted by DAILY GUIDE SPORTS, Grusah’s statement has injured his (JY Appiah) reputation and has exposed him to hatred and contempt.

Consequently, the Accra High Court has fixed January 9 as the next court date for the battle of the two football gurus.

Again, a perpetual injunction has been placed on Grusah to restrain him from making any such defamatory statements against the plaintiff again and in the future and cost, including legal fee of the plaintiff.