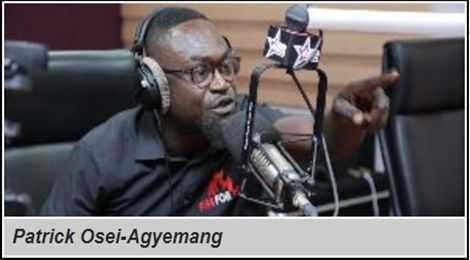 Former Black Stars coach Kwasi Appiah is a goner and will never get a chance to lead the team again, sports journalist Patrick Osei Agyemang popularly referred to as Countryman Songo has said.

The Ghana Football Association on January 2 announced a decision to severe ties with all technical members of the various national teams including Kwesi Appiah whose contract expired on December 31.

There have been mixed reactions to the move by the FA, with some quarters alleging that Kwasi Appiah was targeted as the FA President had previously expressed dissatisfaction with the performance of the coach.

Others have also heaped praises on the FA for making the bold move as they believe Kwesi Appiah has for the past two years failed to create a winnable Black Stars team.

Speaking on Asempa FM’s Ekosii Sen, Songo, an avid critic of Kwesi Appiah said that the Black Stars witnessed no progress under the coach.

Songo asserted that under Kwasi Appiah, the Black Stars played with no clear pattern and tactics.

Referencing an instance where Kwasi Appiah supposedly said that he does not believe in tactics, Songo vilified the coach for failing to end the Stars’ trophy drought which has spanned well over three decades.

Quizzed on whether Kwasi Appiah could handle the team in the unforeseeable future, Songo dismissed the chances of that happening, insisting that Kwasi Appiah’s stint with the Black Stars is done for good.

“There is no way Kwasi Appiah will return to the Black Stars. Ghanaians are happy that he has been sacked. They are happy because they know that going forward, we must employ a fantastic coach who stamps his authority on the team. Kwesi is a goner. He is finished as far as the Black Stars is concerned. We are moving forward and he is never going to return”, he said.

The FA are meanwhile on a hunt for a new coach for Black Stars with rumours flying around that President Akufo-Addo has told them of his preference for local coaches.

The FA has come out to deny those reports.