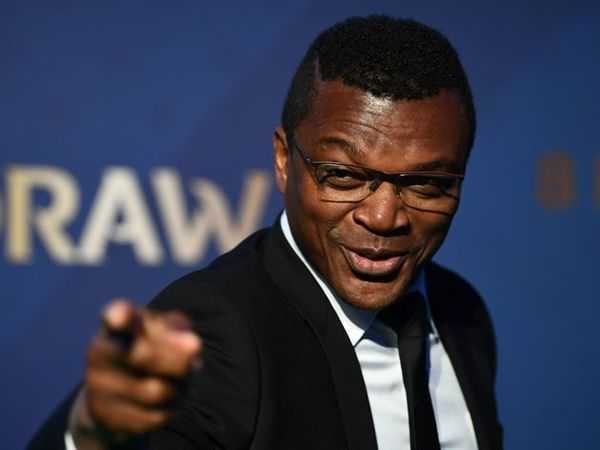 The erstwhile France and Chelsea midfielder shares his thoughts on Group G of the second round of the African qualifiers.

Former France midfielder and 1998 World Cup winner Marcel Desailly is looking forward to a fierce battle between Ghana and South Africa for a 2022 World Cup qualifying ticket but expects the Black Stars to trump Bafana Bafana in the end.

The two sides were drawn in the same group of the second round of the African qualifiers on Tuesday. Zimbabwe and Ethiopia complete the line-up in Group G.

Only the group winners will progress to the third and final round of the qualifying series for a Qatar 2022 ticket.

“The Black Stars (Ghana) look like a new team because there are some new faces," Ghana-born Desailly, who helped out in conducting the draw, said after the event on TV.

“There is a new coach who is a former captain of the national.

"He has more coaching experience but they have to start the qualifiers very well because the balance of the group is good.

"I am expecting a tough match against South Africa.

“I am confident Ghana will qualify for the tournament in Qatar."

The group matches will take place between October this year and October next year.

Ghana beat South Africa to qualify for their maiden World Cup appearance in Germany in 2006.

Interestingly, the Black Stars and Bafana Bafana are also in the same group for the qualifiers for the 2021 Africa Cup of Nations.

The West Africans are looking to make a return to the global showpiece since their last appearance at Brazil 2014, where they were eliminated at the group stage.