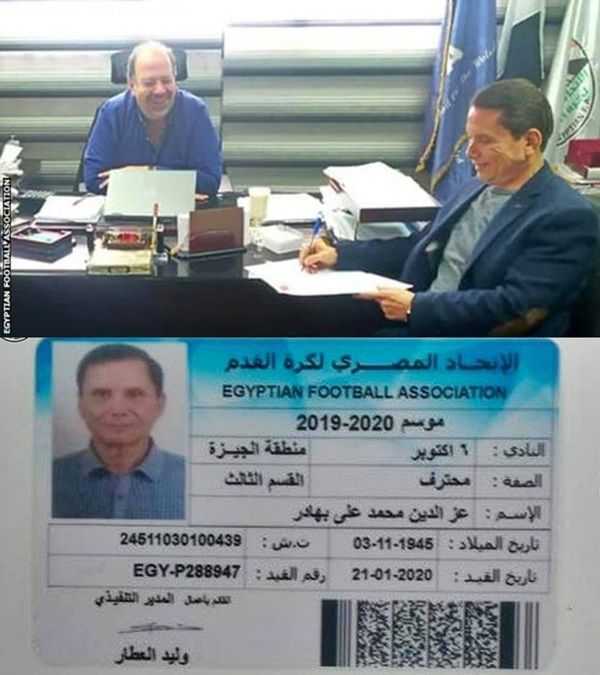 The Egyptian Football Association (EFA) has announced the registration of what it believes is the oldest professional player in the world.
Third-tier club 6th October have signed 74-year-old Eez Eldin Bahder. No details were given of what kind of deal Bahder signed with the club.

He is an unknown in Egyptian footballing circles with no history of playing for any other professional clubs.

The EFA and Badher have invited the Guinness Book of World Records to come and watch him play in a third-division match in a bid to have his record as the oldest professional player ratified. Eez Eldin Bahder has signed to play in the Egyptian third division at the age of 74 (Photo: Egyptian Football Association)