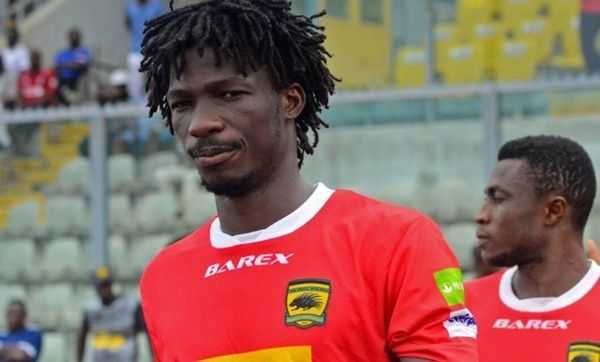 Asante Kotoko General Manager Nana Coker has opened up on the club's decision to reject a $50,000 offer for out-of-favour attacker Sogne Yacouba.

Former Kotoko captain Yusif Chibsah, who is now a Fifa intermediary revealed that an unknown club were willing to pay that amount for the services of the Burkinabe striker but Kotoko rejected the money with the view that it was too small.

"I got a deal worth $50,000 for Asante Kotoko talisman Songne Yacouba," he revealed.

"But the management of Asante Kotoko said the money was too meagre for a player of Yacouba's calibre when the player had only three months left to end his contract with Asante Kotoko."

However, Nana Coker has debunked the claims and has labelled it as false in an interview with Kumasi-based Ashh FM.

According to him, Kotoko took the decision to reject the offer because their former star demanded 20% which is $10,000.

Yacouba's contract with the Ghanaian Premier League giants is set to expire this month.