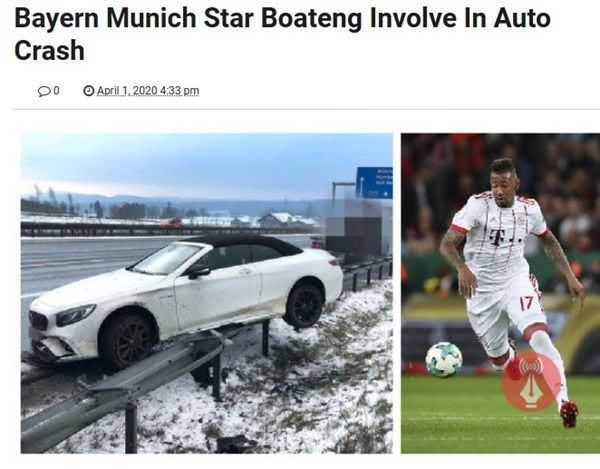 Bayern Munich defender Jerome Boateng crashed his Mercedes into a motorway barrier and caused £22,000 worth of damage after visiting his sick son in hospital.

According to German outlet Bild, Jerome Boateng was returning from Leipzig where he had seeing his son Jermar.

The 31-year-old was driving home to Munich near Selbitz in northern Bavaria, when it is claimed a change in weather caused his car to go off the road.

It is reported Boateng was not speeding, but was driving with summer tyres and as he attempted to switch lanes in the snow and rain the car lost grip and smashed into barriers.

Despite causing over £22,000 worth of damage, the 2014 FIFA World Cup winner did not suffer any injuries.

He had permission from Bundesliga champions Bayern to miss a home workout session to visit his son in hospital.

Despite being linked with a move away from Munich last summer, Boateng has made 24 appearances this season.

Arsenal were interested in signing the former Manchester City player in both the summer and winter window, but ex-Gunner Paul Merson pleaded with Mikel Arteta to end his interest in the ageing defender.

He told Sky Sports in January: “He’s playing at Bayern Munich where they’re getting 80 per cent of the ball and they’ve probably got two [tough] games a season.

“This league is relentless, it’s ruthless, and it’s not the Bundesliga.

“It’s not playing for Bayern Munich, it’s playing for Arsenal and you’ll be playing a lot more.” 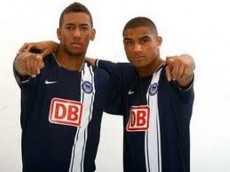