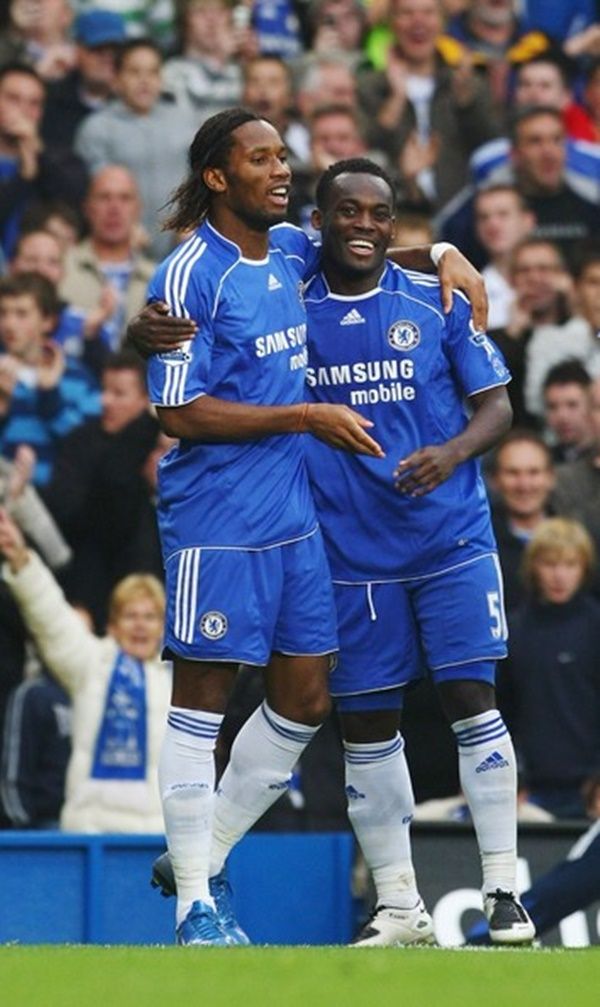 vorian legend Didier Drogba played an instrumental role in Essien’s move to Chelsea, according to the ex-Ghana International.

In a revelation, Essien explained Drobga’s role in ensuring he joined Chelsea through a telephone conversation.

Essien became the most valuable African footballer in 2005 when he joined Chelsea for a record fee of £24.4million to beat Drogba’s £24million a year before.

The former Ghana midfielder explains how he ended up at the English Club with the aid of his pal.

“It was not easy, I remember the first time I spoke to Jose I went to Malouda’s house for a Barbeque and Drogba called him (Malouda) because they were very close and then Drogba asked him to tell me Jose wants my number,” Essien narrated to renowned Broadcaster Carol Tshabalala.

“And then he (Malouda) said Michael is here, we are having a Barbeque, so he passed the phone to me and I started speaking to Drogba, that is how it started and then I passed on my number to him and then he gave it to Jose and that was how everything started.”

The Ghanaian spent nine years at Chelsea where he made a huge mark for himself scoring 17 goals in 168 appearances for the Club.