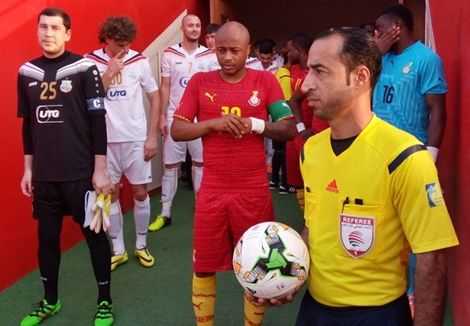 Ayew, who plies his trade with Welsh outfit Swansea City, led the Black Satellites to clinch the 2009 U-20 FIFA World Cup.

The former Olympique Marseille attacker was named the substantive captain of the Black Stars ahead of the 2019 Africa Cup of Nations, replacing veteran striker Asamoah Gyan.

The 30-year-old has won the heart of Stephen Appiah, who skippered the West African giants to their maiden FIFA World Cup in 2006, with his leadership skills.

Stephen Appiah on current Black Stars captain Andre Ayew. "Andre is a leader. The way he talks and the way he acts. Andre always wanted to win and will give everything on the pitch."

"He has leadership skills and I see a good leader," the former Hearts of Oak midfielder told Joy FM.

Ayew has netted 15 goals in 88 appearances since making his debut against Senegal in 2007.