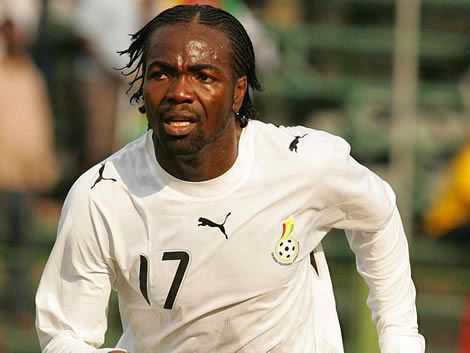 Former Black Stars forward Prince Tagoe has expressed interest in playing for Accra Hearts of Oak again before hanging his boots.
The ex-1899 Hoffenheim striker believes he has a lot to impart on the current Hearts team and wants management of the club to consider signing him.

In an interview with TV3, Tagoe said “Hearts is my club. I want to pay my respect to them. The current players can learn a few things from me”.

The Phobians are yet to win any major silverware since annexing the GPL title in 2009.

Tagoe however believes the club must recruit exceptional talents in in order to replicate their past glories.

“They should consider dealing with real talents instead of thinking that if a player’s manager is financially okay, they should help push him,” he said.

“The scouting team needs to really up their game because a good player will come but because they came with no manager even if he is good, they will end up picking someone else and leave him.”

"Talent is being overlooked, just look at Charles Taylor’s story. We have to go back to the days of recruiting even at the colts’ level and pick real talents,” he added.