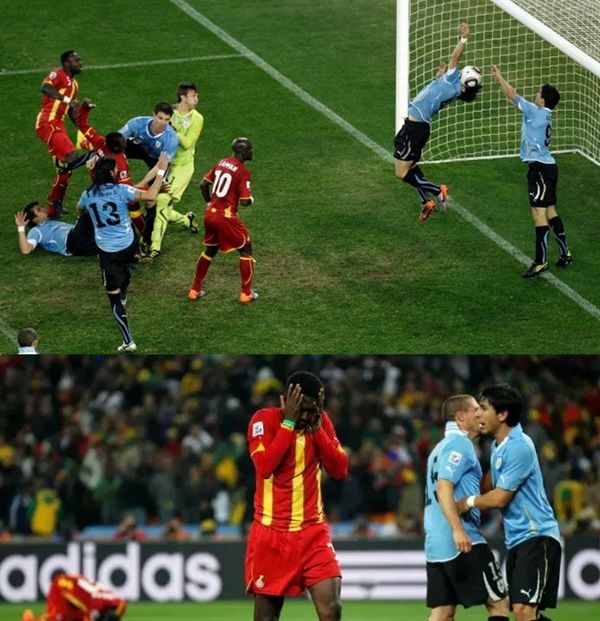 On July 2, 2010, at The Soccer City Stadium in Soweto, nobody would have predicted the spectacle that was to follow. Ghana and of course Africa were so near to the semi-finals, yet Luis Suarez and Asamoah Gyan somehow connived to ensure that this was still but a distant dream.

After a decade, the 2010 World Cup is recalled as a tournament of low-scoring matches, played out amid the distracting honk of vuvuzelas. As is usually the case, the host country showed its best and most welcoming side, rendering happy memories to visitors only to leave a disappointing legacy for South Africa itself.

Every tournament, though, will throw up at least one segue of incredible drama, of unlikely and since-forgotten heroes, skulduggery and adrenaline-surging plot twists. The rest of the quarter-final between Ghana and Uruguay was decent enough. The climax to the 120 minutes made the night unforgettable.

Fine goals were scored by Sulley Muntari and Diego Forlán, but it was not a classic, in keeping with much of the fare on show during those 31 days. Luis Suárez’s handball, and the subsequent penalty drama, meant it ended up as a tale of the bad guys running off into the sunset, flaunting at their ill-gotten gains.

Ghana and Africa were to be denied by Suárez’s cynicism. Dirtier deeds done since mean his deliberate handball from Dominic Adiyiah’s goalbound header in the dying seconds of extra time is almost the least of his on-field sins. In fact, it was perhaps his most forgivable transgression against football’s code of conduct; an act of self-sacrifice.

Still, if Ghana scored their spot-kick here they would be through. Asamoah Gyan, then of Rennes, was brave enough to step up. The prize was a Cape Town semi-final against the Netherlands, who had earlier that afternoon defeated Brazil to widespread cheers in the press room. The world’s foremost footballing country brings the most journalists and Brazil’s exit meant that those self-interested hacks still in South Africa had a good chance of being at the final a week later.


Gyan missed his penalty, crashing it against the crossbar. He had clearly been distracted by the lengthy delay as Uruguay – ludicrously – protested the innocence of Suárez. And from the vantage point of the press box high in the stand Suárez’s solemn march down the tunnel became a sprint of double-fisted joy as he ran to the dressing room.

So it ended up that what was supposed to be a perfect fairytale ended in absolute disappointment. Bottles that were meant to be cracked in celebration, had to be gobbled in sadness. A nation’s joy, a continent’s hopes dashed by a then-young Ajax Amsterdam striker, Luis Suarez, and even more, compounded by our very own Asamoah Gyan.