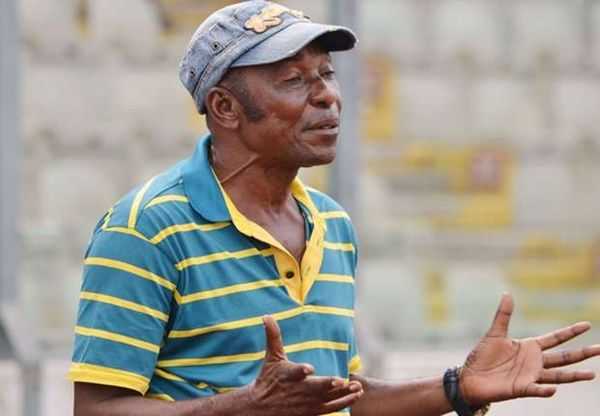 Renowned Ghanaian coach JE Sarpong has advised Ghana Premier League clubs to demand compensation from the Football Association (GFA) for the cancellation of the 2019-20 season.

After two months of the standstill of the top-flight due to the coronavirus, the football's governing body's Executive Council took a firm decision on Tuesday to end the term for good, amid uncertainty about a return date.

The league was at the Matchweek 15 stage, with Aduana Stars on top of the table.

"The inaction of the Ghana Football Association caused the cancellation of the league," Sarpong, who has had stints with Asante Kotoko, Aduana Stars, Liberty Professionals, Ebusua Dwarfs and Great Olympics, told Akoma FM.

"They [Ghana FA] didn't put in enough effort to get the league restarted. They didn't do enough to ensure that the league bounced back.

"Clubs must make a case for compensation for all the wasted efforts and resources caused by the cancellation of the league."

The cancellation came two weeks after the GFA revealed it was engaging the Government of Ghana over the possible resumption of football under strict and safe protocols such as playing matches behind closed doors.

“I think it is welcome and long overdue. We expected it because when the game went for a break we all saw that the virus was not making it possible for us to resume," Inter Allies assistant coach Tony Lokko told Bryt FM.

“Looking at the situation at hand, even if we are to resume the preparation towards the game, it will take a longer time, so I think it is a good idea from the Ghana FA to cancel the league for now and prepare for a better calendar.

“In fact, we are all happy it has come that way though the FA may be losing certain things but technically it is welcoming news for the coaches I believe."

Following the recent return of some national leagues in England, Spain, Germany and Italy, there have been calls for Ghana to follow suit.


Medeama, who sit sixth on the men's league table, nonetheless, wanted football back as soon as possible.

Personalities from Berekum Chelsea, Eleven Wonders and King Faisal, however, called for the total cancellation of the 2019-20 season.

Ghana's ban on all contact sports, including football, remains in effect until at least July 31.