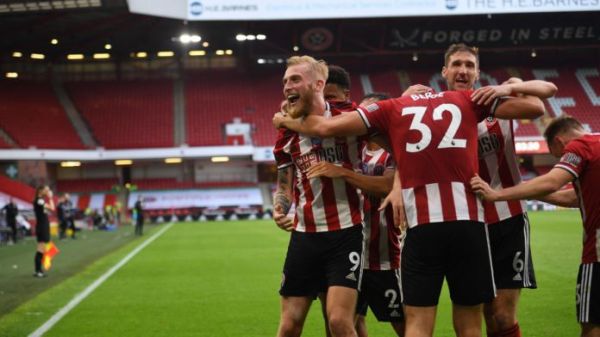 Sheffield United claimed their first victory since the return of competitive football after the suspension, with a clinical 3-1 victory over Tottenham Hotspur at Bramall Lane.

Sander Berge gave the home side the lead in the first half, drilling home a low shot after excellent work by Chris Basham down the right.

Second-half substitute Lys Mousset then added another after 69 minutes, tapping in from close range after a slick move involving Oli McBurnie, Enda Stevens and Ben Osborn.

Tottenham looked to have equalised straight after Berge’s opener, but Harry Kane’s strike was ruled out after a VAR review picked up an accidental handball from Lucas Moura as he stumbled through the Sheffield United defence.

Kane eventually found the net in the 90th minute, but it was too late for any hopes of a revival. Sheffield United now move up to seventh in the Premier League table, leapfrogging Tottenham who now drop down to ninth.