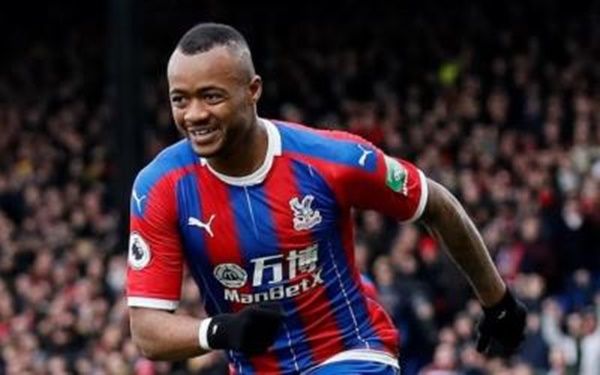 The Ghanaian forward has been the most instrumental figure for the Eagles in the top-flight this season.

Crystal Palace manager Roy Hodgson has described Jordan Ayew as a “phenomenon” on the back of what is the Ghanaian’s most productive season in England.

The 28-year-old has nine Premier League goals and one assist in 31 games this season which is his best return in the top-flight having previously played for Aston Villa and in Swansea City with his older brother Andre.

It marks a remarkable transformation for Jordan who scored just one league goal for Palace in 20 outings while on loan from Swansea last season.

Palace were recently on a four-game winning run of which Ayew scored in three of them and put the south London outfit in the mix for European qualification before back-to-back defeats by Liverpool and Burnley.

"In many ways, he is a phenomenon," Hodgson said on the club website.

"Since he came to us, which is now virtually two seasons ago, he’s been available for every game. Now that’s amazing. I know he’s always there, he always seems to be around but I didn’t know the actual statistic.

"One can’t speak highly enough of a player like that. The mere fact that he’s been there through the two seasons we’ve done quite well... his contribution has been enormous. This season, you could argue, it’s been greater than it was last season because he’s scored some goals."

Ayew meanwhile acknowledges the impact of Hodgson in transforming him, also citing the club having faith to re-sign him after his poor return in 2018-19, as extra motivation for him to improve.

"People think he’s an old school manager, but my first season, I really, really enjoyed it and really, really learned a lot. That’s why I wanted to continue with the football club," Ayew told Premier League Productions as quoted by the Crystal Palace website.

"He has made me improve in so many aspects and I’m really, really happy under him. I think the whole squad and football club is happy to have him at Crystal Palace. He’s just a fantastic manager, a great manager; a great, great manager. He has helped me so much and deserves all the praise.

"The first season wasn’t great but in the dressing room, in the building, the people were really, really good to me and so I really wanted to stay. My family were happy as well in London, so everything was good. On the football side, it was a bit difficult but I had confidence in myself that I could make it.

"Thanks to the football club, the manager, the Chairman, Dougie [Freedman], the staff, I think they all had faith in me and that’s why they signed me. That’s why things have changed. I’ve tried to do my best every time and when you work hard you get rewarded.


"I’ve changed a lot of things: my attitude, my desire to succeed, a bit of luck. When you work hard, you provoke the luck. I just wanted to do well this season; I came with big ambitions and things have changed but there’s still room for improvement."

Palace currently sit in 12th place with 42 points and look very safe as they are 15 points clear of the relegation zone with six rounds of fixtures left.

They travel to a struggling Leicester City, who have recorded just one win since February, on Saturday afternoon.