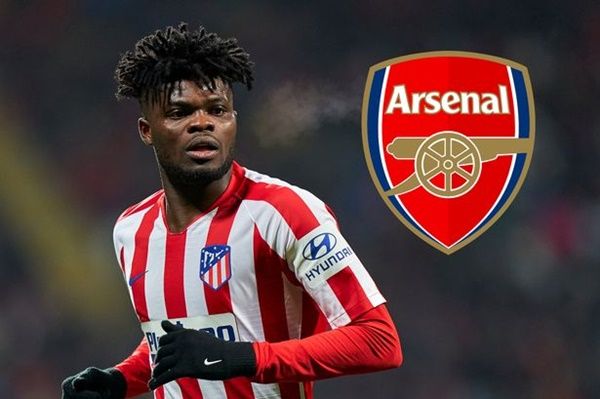 Atletico Madrid has rejected a second formal bid from Arsenal for Thomas Partey with the Spanish club insisting on selling the midfielder for not less than his release clause.

Arsenal has made Partey their top target for the summer window as they look to bolster their squad for next season. But it is becoming increasingly likely that they won't sign the talented player.

The Gunners presented the second bid of €25m plus out of favour midfielder Matteo Guendouzi but Atletico by rejected it, according to a report by Guardian.

They had sent a similar bid two weeks ago with the player involved believed to be striker Alexandre Lacazette.

With the second bid rejected, Arsenal has no option but to meet the demands of Atletico before getting their top summer target.

The Gunners must raise €50m (£45.5m) to pay for his services and they must do it fast as Atletico is talking with Partey over a contract extension.

A contract extension will ultimately kill Arsenal's hopes of signing the player as his release clause will be doubled.

Partey joined the club in 2013 and has two years to run on his current deal.