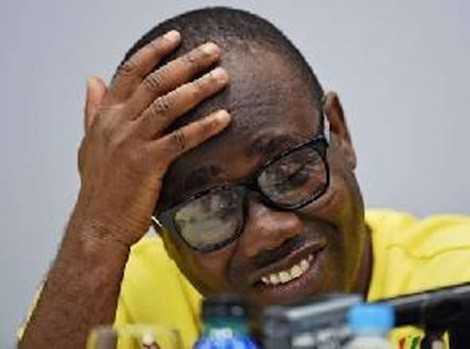 After an appeal to the Court of Arbitration for Sport, Kwesi Nyantakyi’s lifetime ban has been slashed.

Former president of the Ghana Football Association (GFA) Kwesi Nyantakyi has had his lifetime ban reduced to 15 years.

Nyantakyi was banned for life from football in October 2018 and fined CHF 500,000 for breaches of Fifa’s ethic code.

He was found guilty of breaking Fifa rules relating to conflicts of interest, bribery and corruption and commission after an investigation by the Ethics Committee of world football’s governing body.

"As a consequence, Mr Nyantakyi is banned for life from all football-related activities [administrative, sports or any other] at both national and international level. Additionally, a fine in the amount of CHF 500,000 has been imposed on Mr Nyantakyi," a statement from Fifa read.

"The decision was notified to Mr Nyantakyi today, and the ban comes into force immediately."

However, the ban has been slashed to 15 years after an appeal to the Court of Arbitration for Sport (Cas).

"Kwesi Nyantakyi is banned from taking part in any kind of football-related activity at national and international level for a period of 15 years, commencing on 29 October 2018," Cas told BBC Sport Africa.

Nyantakyi was named president of the GFA in 2005 and became head of the West African Football Union in 2011 after incumbent Amos Adamu was suspended following allegations of corruption.

Also a member of the Fifa Council, Nyantakyi resigned from his three senior positions after he was given a provisional 90-day ban by Fifa in June 2018.

The Ghana Football Association was dissolved in June 2018 by the nation's Sports minister Kwame Asiamah in the midst of the corruption scandal.

In August, Fifa announced the formation of a Normalisation Committee, with the hope of regularising activity in the FA by the start of 2019.

According to former Ghana sports minister Nii Lante Vanderpuye, calls for a drop of charges against Nyantakyi are not out of place.

"If people are yearning for 'Free Nyantakyi Movement', I don’t think there is anything wrong," he told Asampa FM.

"Even murderers are given the chance in prisons to reform provided they are not killed.

"I don’t have anything against Nyatakyi as a person, he is my friend and I don’t believe he also has personal things against me.

"We only did not agree on the paths to do certain things. It means that as human beings our path can cross at any time.

"He believed this is the way we have been doing things while I thought this is how we have to do it, and that should not bring a problem between us."