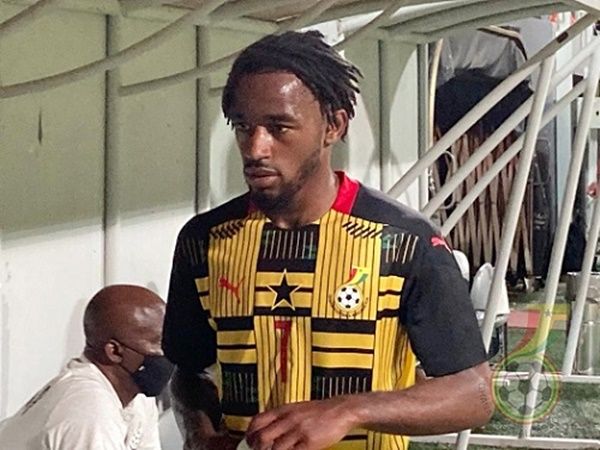 The attacker reflects on his time with the Blacks Stars for October’s friendlies against Mali and the 2022 World Cup hosts Qatar.

England-born winger Tariqe Fosu has hailed the quality of new Arsenal signing Thomas Partey, Andre Ayew and Jordan Ayew after linking up with the trio for the first time on Ghana duty.

Born to Ghanaian parents in the UK, the attacker joined up with the Black Stars for October’s international friendlies against Mali and Qatar.

He was previously capped by England at youth level.

“I didn’t know, I didn’t know them [Partey, Andre and Jordan] to be fair [personally before joining camp], I just knew of them,” Fosu said when asked about his first experience with the fellow England-based trio, the Ghana Football Association (GFA) official website reports.

“And it feels good to play with these top-quality players and for me, I am very happy to be part of a team with top players.

“It’s good and now I think I have got to know them pretty much over this period of time and I am sure I will learn a lot from them and I can add it to my game.”

Traditionally a winger, Fosu made his Ghana debut at right-back in a disappointing 3-1 loss to Mali. Three days later on Monday, the 24-year-old played at right-wing and capped a good outing with a goal as the Black Stars handed Asian champions and 2022 World Cup hosts Qatar a 5-1 thrashing.

Partey provided two assists on the day, Jordan set up one other goal while Andre scored twice.

“I am proud and happy that we got the result today because the other day, I made my debut but it wasn’t a good result, and I wanted to make sure that we put things right today,” added the Reading youth product.

“I played in my natural position today so I was allowed to express and show what I can do so I’m just happy that we got the result today and I hope all the fans are happy with it.”

Monday’s win was a solid response to their earlier defeat which prompted a lot of criticism of the playing body, technical team and management team back home in Ghana.

“The win was very important for us. The way we approached it was great because everyone had in mind that was a must-win game for the team,” Fosu added.

“We listened to the coach, tactically we set up really good and obviously it shows what happens when you listen to the coach. So the win is very important, especially for the fans back home.

“I think if you compare the first game, there were a lot of new players, so I think we needed time to jell and to work with tactically and I think over the weekend we worked on some things with the gaffer and we did it really well.

“I think in the first half, especially, even though they had one chance and scored but I think we were very compact, and we didn’t give them no space and I think that was perfect and obviously quality showed the end, good result.”

Fosu will hope to earn another invitation when Ghana assemble for a 2022 Africa Cup of Nations qualifying double-header against Sudan in November.