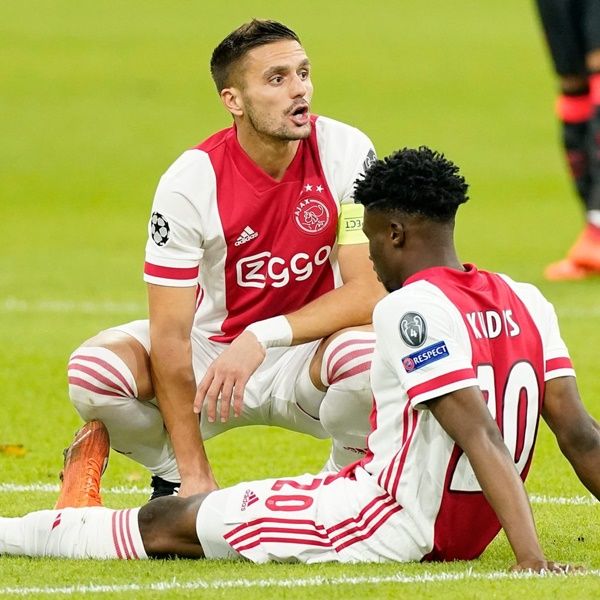 The 20-year-old Ghanaian is not expected to play again until next year.

Ghana international midfielder Mohammed Kudus is set for a long time in the treatment room after suffering an injury while in Champions League action for Ajax Amsterdam against Liverpool on Wednesday, the Dutch giants have announced.

On his debut in the elite European inter-club competition, the 20-year-old sustained an early injury after challenging Liverpool's Fabinho for the ball.

He tried to run off the injury but was visibly limping, unsurprisingly going down on the pitch moments later for treatment from the medics.

After a brief assessment, the Ajax bench received a signal to replace the Nima-born who walked off the pitch clearly dejected in just the sixth minute, much to the disappointment of Ajax and Ghana fans around the world.

"Mohammed Kudus had to be subbed off after only six minutes vs Liverpool on Wednesday. Further examinations show that the 20-year-old has a meniscus injury that will keep him out for several months," Ajax announced on their official website on Thursday.

"Kudus came to Ajax this summer and played four official matches so far."

His Champions League debut came four days after he netted his first goal for new club Ajax in a Dutch Eredivisie clash with Heerenveen, also assisting two goals in the same game.

He joined Erik ten Hag's team in a five-year deal from Danish club Nordsjaelland in July.

In all, the attacking midfielder has scored once and provided three assists in four competitive outings in all competitions for Ajax so far.

"I spoke with Kudus around 12am. He actually called to console me because somebody told him I was sad about his injury," Kudus’ mother Mariama Suleman told Ghanaian radio outfit Happy FM on Thursday morning before Ajax’s big announcement later in the day.

"He assured me that the injury is not a serious one so I shouldn’t worry because he will be fine and will come back sooner and stronger."