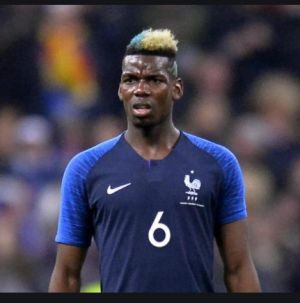 Macron condemned the attack on teacher Samuel Paty, 47, who was stabbed and beheaded on his way home from his high school in Conflans-Sainte-Honorine, around 40 kilometres north west of Paris.

The French president described the incident as an "Islamic terrorist attack". He also added: "Unity and firmness are the only answers to the monstrosity of Islamist terrorism."

There's no suggestion Pogba supports the terrorists' actions, but he allegedly resents Macron's description of it as an "Islamic" terror attack.