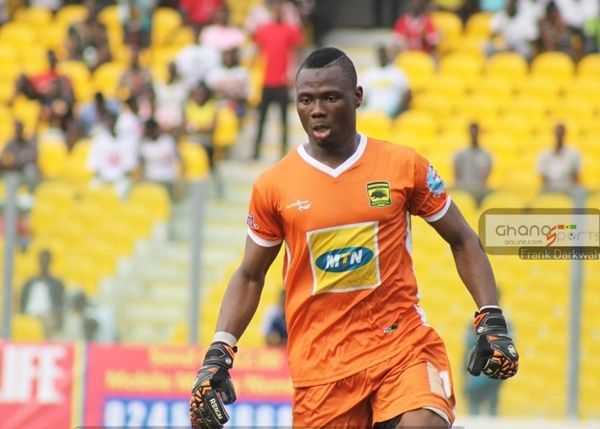 The 18-year-old is unhappy after the club reportedly blocked his move to Aduana Stars.

The Fire Club, who has tabled an offer for his services, have been told the youngster is not available.

Ghanasoccernet.com can report that the move has angered the shot-stopper who want his contract terminated on mutual ground.

Kotoko are shockingly unwilling to let the goalkeeper leave despite the obvious falling on the pecking order.

He is angling for a move away from Kumasi following the arrival of Razak Abalora.

With captain Felix Annan and current first-choice Kwame Baah in the ranks, the chances of the young goalie to stake a claim in the team is now non-negotiable.

Aduana Stars are keen to bring him to Dorma Ahenkro but Kotoko is reluctant to release him.

According to Ghanasoccernet.com the player's representatives have written to the Ghanaian giants on Thursday evening seeking mutual termination of his contract.

The Ghana Under-20 goalkeeper is unhappy with the stand-off and wants to part ways to ensure he secure a move elsewhere where he can be guaranteed first-choice role.