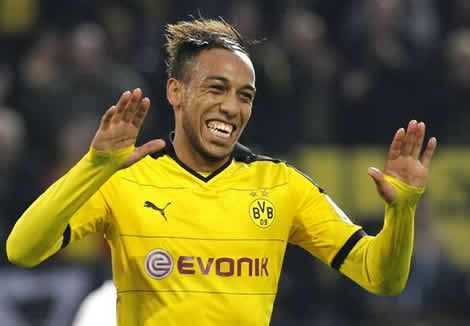 Arsenal skipper Pierre-Emerick Aubameyang has revealed that he has a Ghanaian descent. The 31-year-old is a Gabon international, having represented them in the Africa Cup of Nations and several other competitions but his Ghanaian family roots were hidden until during an interview on Friday.

Aubameyang, when asked about how Thomas Partey is settling in at Arsenal following the former Atletico Madrid’s impressive full debut against Rapid Vienna in the Europa League, said that the 27-year-old is a family because he also has Ghanaian roots.

“My family is from Gabon but I also have some roots in Ghana where Thomas is from so we are family too!'” Aubameyang said in a press conference on Friday when asked about Partey.

“It is good for some of our younger players as well to have a player like him, of his calibre at training. They will learn a lot from him.” It is understood that the former Borussia Dortmund striker’s paternal grandfather is a Ghanaian.

Aubameyang’s father, Pierre-François – a former Gabon international midfielder – was born in the Gabonese city of Bitam to a Ghanaian mother and a Gabonese father.

Aubameyang’s father, Pierre-François – a former Gabon international midfielder – was born in the Gabonese city of Bitam to a Ghanaian mother and a Gabonese father.